Statistics, reports and data, this is where the story of many women ends. Unionists, teachers, bank workers, homeworkers, merchants, mothers, grandmothers, women who are now numbers in the report on the monitoring of femicide in the Federal District of the State Secretariat for Public Security.

On Saturday (3), the director of Policies for Women and Combating Racism of the Union of Outsourced Services (Sindiservices-DF), Cilma da Cruz Galvão, 50, was a victim of femicide.

In a statement, the union directors remembered the leader as a combative woman, a fighter against labor, human and social injustices.

The numbers, available on the Secretariat’s portal, indicate that there was an increase in relation to crimes committed in the first half of 2020 compared to the same period in 2021.

Last year, there were eight cases of femicide from January to June, this year there have already been 16 cases. In July, one case was registered and, according to the SSP, there were no records in the months of August and September.

Also according to the SSP-DF monitoring report, as of April 2015, until August 31 of this year, 149 women were victims of consummate femicide and four were victims of homicide who received the crime classification in the phase procedural.

The survey shows that 76.2% of cases of femicide happen at home and 22.2% of crimes are committed with firearms. Criminals use the pretext of jealousy and possession in 63.49% of violations and, in second place, the non-acceptance of the end of the relationship with 23.02%.

When looking at the rates of attempted femicide, there is an increase of 32% of cases committed in the first half of this year, compared to 2020.

From January to June 2021, 33 attempts were recorded, in 2020 over the same period there were 25 femicide attempts. An update of the data, sent by the SSP-DF, indicates that between July and September 2021 a further 21 cases were registered, totaling 54 records of attempted femicide between January and September 2021.

Until the beginning of October, 18 cases of femicide were registered in the DF / Leandro Gomes CUT/DF

At the rate at which the numbers of femicides grow, public policies to combat violence against women shrink

In August, the Feminist Uprising Against Femicide in the DF held a virtual debate to discuss the dismantling of public policies for women’s care, in addition to promoting a balance of 15 years of the Maria da Penha Law.

In the debate, Júlia Hofman, a psychologist at the Specialized Center for Women’s Care (CEAM) in Planaltina, assessed that the implementation of public policies for women in the Federal District “is quite linked to the passing will of a government”, which weakens the development of projects and actions to combat violence. 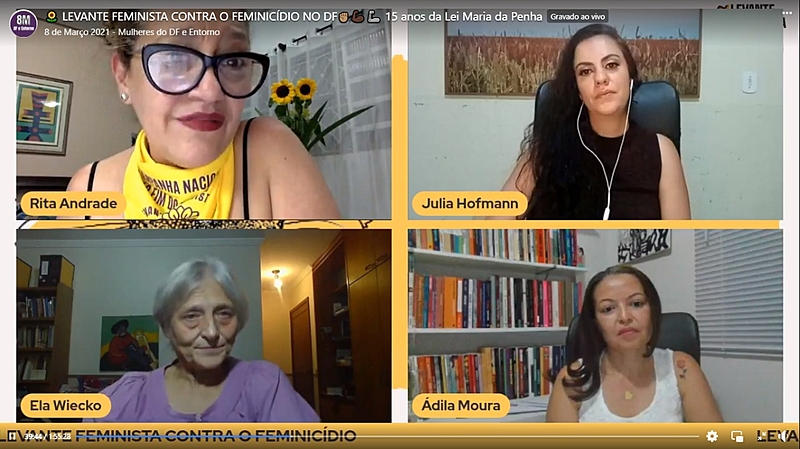 “The Secretariat for Women in the DF is created in 2011. It is then demoted to an undersecretary. In 2019, it is again leveraged to a secretariat, but we know that it is not just a matter of nomenclature. In practice, what we saw was the delay of a year, 5 months, for the structure of this secretariat to be made official, which made it very difficult to proceed with budgets, priorities, and assistance”, he observes.

Hofman also points out that there is a shortage of professionals to properly assist women. “The service that should be multidisciplinary does not happen as the technical standard requires, there is a disruption of the equipment itself”.

She points out that the 1st District Plan for Women’s Policies (I PDPM), of 2015, established the creation of six specialized centers for women’s care. However, only three were in operation, with one of the public equipment being deactivated in “by default” by the current GDF management.

The Casa da Mulher Brasileira, a shelter for victims of domestic violence, returned to work in April this year in the center of Ceilândia, almost three years after the Asa Norte unit was closed.

The psychologist emphasizes that the inauguration of the House was carried out without the guarantee of all services provided to women.

There should be a Legal Assistance Center for Women’s Defense, the Public Defender’s Office, the Technical Assistance Office on Domestic Violence, the Women’s Judiciary Center, the Public Ministry.

“The proposal of the CMB becomes uncharacterized without these services fully functioning, which is a major problem”, he stresses.

During the virtual activity, the cultural producer and member of Levante Feminista, Rita Andrade, said that the Maria da Penha Law is a milestone in the struggle of women to fight violence.

“The volume of women who have been saved as a result of this law is incalculable. But we also know that the enforcement of the law is not yet in its entirety, we continue to fight, in the quest to make all women in all corners of Brazil belong to this law and have the necessary empowerment to resort to her every time she feels violated”.

According to the anti-racist feminist educator and educator, Ádila Moura, “not all women feel sufficiently encouraged to seek help and protection from the State, and those who seek today go through situations of absolute precariousness of the devices that assist them here in the Federal District ”.

“A woman who formalizes a complaint needs to wait approximately a year to receive assistance. She enters a process of suffering, revictimization and even with the possibility of suffering femicide due to this absence [do Estado]”, highlights the pedagogue.

Under the Maria da Penha Law, she defends the strengthening of the network of state public services for women. Moura also questions the disclosure of services with inadequate implementation to combat violations.

“There is a tendency to publicize these services that do not have the capacity to provide services. How can it be publicized that such a service was inaugurated and the woman is directed to that service and there is no one to attend? Maybe they are opening buildings” he comments.

The master in Social Policy, Ludmila Suaid, emphasizes that the Maria da Penha Law places Brazilian women as citizens, “as a person who has the right to defended physical and moral integrity. It makes us human”.

However, she, who works as a social worker at the Court of Justice of the Federal District and Territories, said that she daily assists women in situations of violence and finds it very difficult to activate the service network for women and their children.

“It is challenging to articulate the service network, as it is not only the women’s specialized police station that is called. It is also necessary to activate services such as a shelter, a Social Assistance Reference Center, a children’s school, and others”, he points out.

District deputy Fábio Félix (Psol), said on a social network that “he sees with sadness and indignation yet another case of femicide in the DF”. He lamented the murder of trade unionist Cilma Galvão and demanded that the government be more effective in the laws passed after the CPI on Feminicide was carried out in the Federal District’s Legislative Chamber.

Felix highlights that the laws have already been enacted. “However, the government of the Federal District has not yet given an answer to stop the progress of cases of femicide. So far none of them have actually been implemented”.

With 80 recommendations, including bills and proposals to improve the structure of the service network, the CPI presented the proposal for the creation of the Orphan of Feminicide Program, the installation of the Observatory on Violence against Women and Femicide, integrated monitoring of urgent protective measures , reception and assistance protocol after leaving the shelter, Free Pass for women in situations of violence and dependents, among others.

“The laws had the contribution of research carried out, analysis of the DF’s reception network and listening to women’s movements. We know that machismo is rooted in our society, but we want the commitment of public policies to save the lives of more women. No more femicide! The DF needs to be a safe place for all women”, wrote the deputy.

On Wednesday (6), women’s and feminist movements held an act in honor of Cilma Galvão. 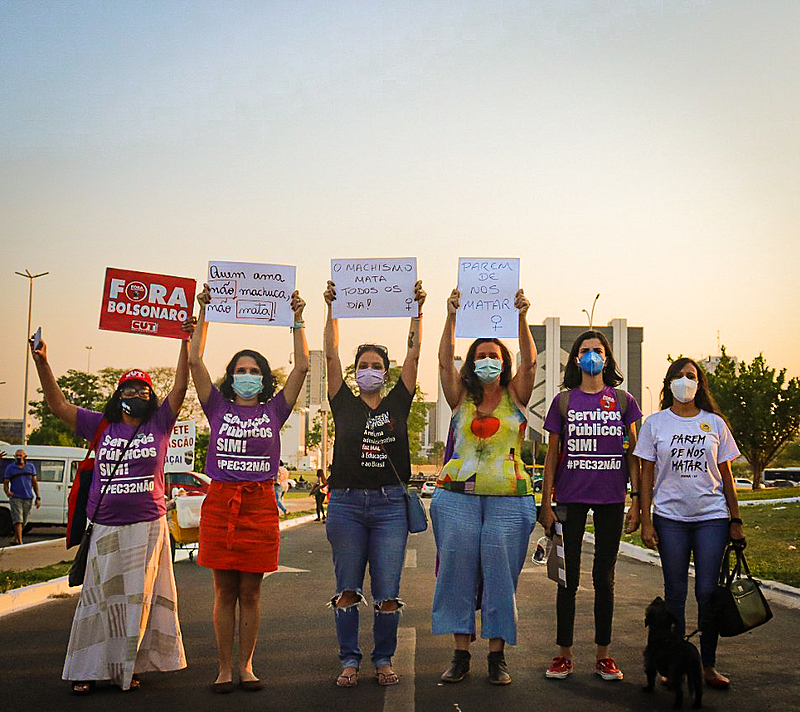 The demonstration, held during an assembly of Sindiservices ─ Union of which Cilma was director ─ denounced the absence of public policies to combat the various types of violence against women.

Ligue 180 receives reports of domestic violence and operates 24 hours a day, including Saturdays, Sundays and holidays.

In an emergency, the Military Police’s telephone number is 190.