Lack of national coordination, dose reservations for specific categories, shipments below expectations, and unstable online scheduling. These are the main explanations for the slow process of vaccination against covid-19 in the Federal District.

:: ‘Despite the fall, we are far from the end of the pandemic’, says a doctor to the Bem Viver Program ::

Until last Thursday (22), the DF was in 19th position among the 27 units of the federation that most vaccinated, with 37% coverage of the population, which gives about 1.1 million people.

It is a proportionally lower number than neighboring states, such as Goiás (39.57%) and Minas Gerais (42.84%). There was an improvement after a joint effort carried out this weekend, when more than 138,000 people were vaccinated. With that, the DF jumped to a vaccination coverage of 40.84% ​​of the population, jumping to 13th place.

Despite this, after the joint effort, stocks of vaccines in the DF were practically zero, and depend on the sending of new shipments by the federal government. The expectation is that 10 million doses begin to be distributed across the country by the end of this week. For the DF, 43 000 new doses are planned, which will reduce the age of vaccination from 37 to 35 years or more.

Because of slower progress than other locations, the age range for vaccination in the DF was only extended to people aged 37 last week.

:: “Normality” only after 70% of the population is fully vaccinated, says doctor ::

In most capitals, this number is close to the 30-year age group. In the municipalities surrounding the federal capital, the age groups are under 30 years old, which has led many residents of the Federal District to seek immunization in neighboring cities.

This is the case of sociologist Paulo da Silva, 35 years old. With no prospect of when he would be vaccinated in Brasília, he decided to get immunized in Valparaíso de Goiás, a city about 60 km from the capital.

“The issue of seeking vaccination in another city is based on the understanding that the SUS [Sistema Único de Saúde] it is a national system and the set of errors during the fight against the pandemic was reflected in the way the vaccination took place”, he observes.

To the Brazil in fact, the Department of Health of the DF pointed out that vaccination occurs in an “absolutely compatible” with the amounts of doses sent by the federal government.

“It was demonstrated to the Tripartite Committee of the Ministry of Health, which brings together federal, state and municipal governments, that the Federal District is out of step with 250,000 doses,” the folder said.

“This deficit is due to the outdated IBGE census [Instituto Brasileiro de Geografia e Estatística] 2010, with data from 2008 and 2009, due to the difference in the estimate made by the Ministry of Health and the actual public of categories such as health, safety, urban cleaning and recycled material collectors, in addition to the public by age groups and population of other states that vaccinated in the Federal District,” he added.

According to the Secretariat, the DF has already applied more than 193,000 doses to people from other states, which were covered without exception. Also according to the folder, the Tripartite Committee of the Ministry of Health would have agreed with the claim and approved the supplementation of doses that will be sent gradually in weekly shipments, starting this week. However, in a conversation with the press, the Minister of Health, Marcelo Queiroga, denied that there was any deficit in sending doses to the states.

In an attempt to increase the number of immunizing agents, the Government of the Federal District (GDF) filed an injunction with the Superior Court of Justice (STJ) for the Ministry of Health to be obliged to send 292,055 extra doses of vaccines against covid to the federal capital. -19. The writ of mandamus was filed on Thursday (22/7).

“The PNI has a duty to guarantee the replacement of doses so that the entire population is vaccinated”, says district deputy Fábio Felix (PSOL).

At the origin of the DF’s vaccination problems is the federal government’s stance in confronting the pandemic, which omitted its role in centralizing the immunization process, as has always been done historically.

“We were already a world reference in vaccination, and this is related to the way the Ministry of Health carried out the campaigns, all very well standardized, with national calendars, simultaneously. It was because of the lack of national coordination that these calendars started to emerge very diversified among the states”, points out Jeovânia Rodrigues, president of the DF Health Council.

The infectious disease physician Julival Ribeiro goes along the same lines. “After several months of campaigning, it is even clearer that there was no correct policy on the part of the federal government, which did not purchase vaccines in advance. This could not have happened, since Brazil has one of the best national vaccination programs in the world “, highlights Ribeiro, who holds a PhD in tropical diseases from the University of Brasília (UnB) and a member of the Brazilian Society of Infectology (SBI).

Paulo da Silva, who went to seek vaccination in another city due to the slowness in the DF, also attributes greater responsibility to Jair Bolsonaro’s management of the pandemic. “The federal government took no responsibility for centralizing the fight against the pandemic. And also, at the time of vaccination, instead of the federal government making a broad negotiation, it worked to delay the purchase of vaccines and left the municipalities without a very clear orientation about how to carry out the vaccination”. 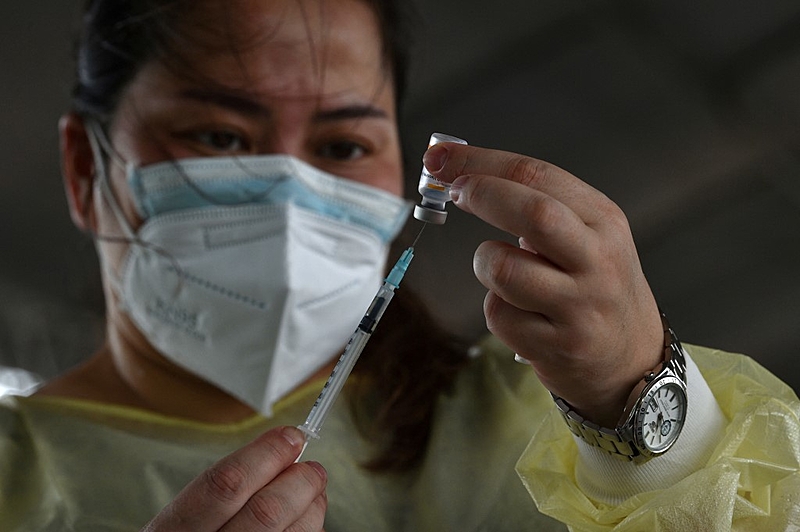 “We’ve already gone through a yellow fever campaign, flu vaccine every year, and the National Immunization Program (PNI) has always been super organized. What happened? There was a process of politicization in the PNI’s performance”, points out infectologist Eliana Bicudo, SBI advisor.

The cost of this federal action is expressed in human lives, with Brazil approaching the mark of 550,000 people killed by the pandemic.

In addition to national factors and the lower shipment of doses, some local circumstances impacted the pace of vaccination in the DF. The most emblematic case came to light this week, with the information that practically all the troops of the Armed Forces in the DF, about 30,000 people, jumped the vaccination line and received the doses. The number appears in a document sent by the Department of Health of the DF (SES-DF) to the Federal Public Ministry (MPF), which investigates possible irregularities. According to the PNI, the first priority groups for vaccination against covid-19 should be the elderly (over 60 years old) and health professionals who worked on the front lines of the fight against the pandemic.

Another problematic aspect in the DF vaccination was the platform created by the Health Department so that the population could make an appointment. Similar initiatives took place in other states, in a satisfactory manner, but the experience in the DF was frustrating for the residents. In addition to being quite unstable, with frequent breakdowns, in most cases the number of vacancies was quickly filled and not all the population of a certain age group was able to schedule vaccination.

“This tool did not prove to be resolute for scheduling vaccination in the DF, perhaps because of a technical problem. The fact is that many people, especially the most vulnerable, were unable to access the internet and when they did, the vacancies were exhausted” , points out Jeovânia Rodrigues.

After numerous complaints, the GDF suspended the use of scheduling and began, last Friday (23), the vaccination process without scheduling, in the form of a collective effort. The number of health posts went from 50 to over 100.