The Pandora Papers investigation stirred the news during the week and the focus shifted to Latin America. In addition to hosting several countries considered tax havens due to the low or almost zero fees for financial transactions, such as the British Virgin Islands, Bahamas and Curaçao, the region also concentrates 11 of the 35 authorities mentioned in the case.

The leak, carried out by the same collective that in 2014 published the Panama Papers, includes about 11.9 million documents about 29,000 shell companies. Among the civil servants who figure as the owners of hidden businesses were also appointed presidents in office.

Although most countries do not consider it a crime to own a business offshore or accounts abroad, as long as the amounts are declared, the evasion of taxes in the country of origin while holding a position in the public administration is questionable, both from an ethical point of view, and because of the embezzlement it generates in the State’s coffers.

“It is a transnational apparatus not only of companies, but of governments, which govern associated with these companies, favoring these companies, with their businesses, to the detriment of a public agenda of social justice, increased employment, and income distribution. States and participatory civil society need to seek mechanisms to avoid this type of action”, analyzes political scientist Ana Prestes.

As in Brazil, where minister Paulo Guedes and the president of the Central Bank, Roberto Campos Neto, are expected to provide clarifications to Congress, similar processes have also been opened in neighboring countries.

Militants of the MST held an act in front of the Ministry of Economy, last Thursday (7), to denounce Paulo Guedes’ relationship with offshore companies / MST

President Guillermo Lasso has his name related to 14 companies offshore, in Panama and the United States, of which 11 would be inactive. Ecuadorian legislation, passed in 2017 during Rafael Correa’s tenure, prohibits candidates or public servants from owning property in tax havens. The inspection commission of the Ecuadorian National Assembly will investigate the accounts of the representative, who agreed to lift his bank secrecy.

In a statement, Lasso assures that his assets were acquired after years of work in public and private banks in his country. “All my income was declared, paying corresponding taxes in Ecuador, I am one of the biggest personal taxpayers in our country”, he said. The Ecuadorian president also asked the Comptroller General of the Republic to review his sworn statement of assets. According to the Internal Revenue Service (SRI), Lasso would have assets of US$ 174 million (R$ 936 million).

To the Ecuadorians, in relation to Pandora Papers.

I comply with the declaration in the law, all my entries have been declared and the corresponding taxes have been paid in Ecuador. Always with transparency and frontality before the Ecuadorian pueblo. pic.twitter.com/1oN5nuXNpj

The former banker’s relationship with tax havens is old. Investigative reports from 2017 already pointed out that he was linked to the creation of 49 hidden companies. Between 1999 and 2000, Lasso increased his declared wealth from $1 million to $31 million (about R$167 million).

Chilean President Sebastián Piñera, who will step down this year, also appears in Pandora Papers.

Piñera would have sold its shares in the Dominga project in Minas Gerais, in 2010, in an operation worth US$138 million (approximately R$745 million). The total amount was paid in four installments in the British Virgin Islands, the last deposit being subject to the suspension of the title of environmental preservation unit in the area where the mining company intended to extract copper and iron.

The case of the sale of shares in the Dominga mining project had already surfaced in 2017, but was closed due to lack of evidence. The shares sold were registered in the names of the president’s sons, so the defense claimed that the head of state was never informed of the operation.

However, four years after the sale, the Environmental Assessment Service changed its decision on the preservation area, giving the green light to the Dominga project, in the Coquimbo region, in the north of the country.

The Public Ministry announced that it will investigate whether there was a tax offense, influence peddling or incompatible negotiation by Piñera during his presidential term.

In a statement, the Chilean president’s office assures that he has not owned any company for 12 years. offshore and that since 2018 its assets have been managed by fund managers, “which implies that the agent does not know the investments made.”

“With so much money, why do these people come to govern a state? If they say it is something so painful, sacrificing to be a civil servant. Admittedly, you have some kind of interest. So if they are occupying these positions in the State, it is because they have some kind of privilege or access to privileged information that will help their business”, defends political scientist Ana Prestes. 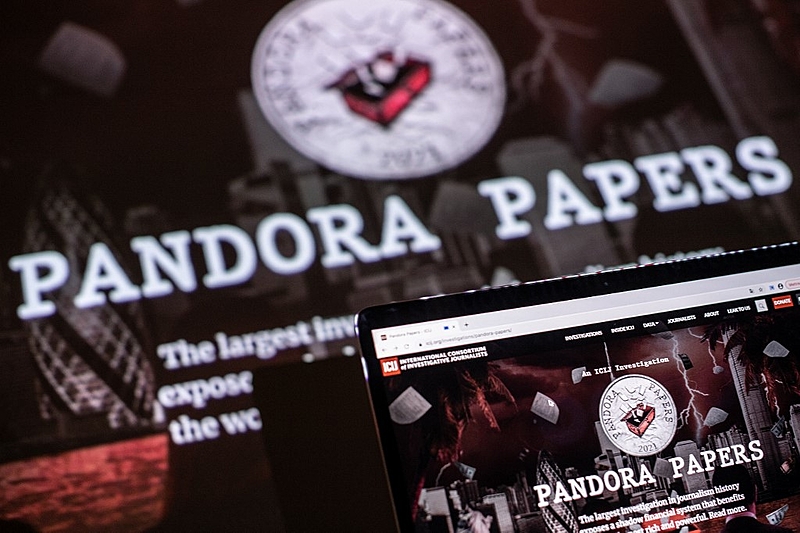 After Panama Papers, in 2014, Pandora Papers would be the largest journalistic investigation of companies offshore / Loic Venance / AFP

President Luis Abinader was appointed a partner in two Panamanian companies (Littlecot Inc. and Padreso SA), created before he assumed the most important executive position in the country.

Like his Chilean counterpart, Abinader says he does not know details about his investments, which would be managed by third parties since 2020, when he decided to run for president. “They are consultants we hire to buy companies in that jurisdiction. It serves to facilitate commercial transactions with clients and reduce administrative barriers”, he declared.

The opposition Dominican Liberation Party (PLD) accuses the president of “hijacking the control bodies” and says he “is unaware of transparency”, noting that the two Panamanian companies do not appear in the president’s sworn statement of assets. The PLD is trying to open an investigation in Parliament, but it needs a qualified majority to pursue a case against Abinader, who holds a majority of the 32 seats. 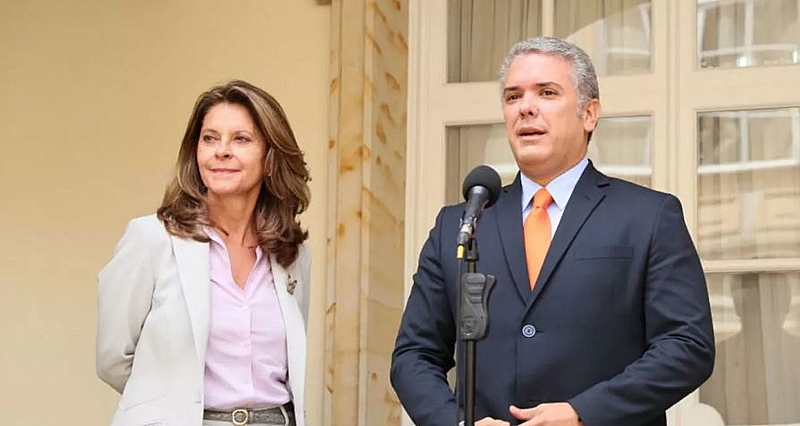 The Colombian Vice President, Marta Lucía Ramírez, as well as the Minister of Transport, Ángela María Orozco, and the head of the Directorate of Taxes and National Customs (Dian), Lisandro Junco Riveira, are mentioned in the journalistic investigation.

Ramírez and his family members are members of the Global Securities Management Corporation, in the British Virgin Islands. The company’s founder, Gustavo Hernández Frieri, was arrested in 2021 for laundering money that had been embezzled from Petróleos de Venezuela SA (Pdvsa). The vice president said she cannot be implicated in the case because she sold her shares in 2018.

The Minister of Transport appears as a partner of the same corporation, but claims that she sold her share in 2012.

The director of DIAN, on the other hand, owns companies offshore active in the United States, with an account at Citibank in Miami with about US$ 10 thousand (R$ 54 thousand). Riveira stated that the company was a family operation that did not materialize and that the company remains active as a form of savings for him and his wife.

President Iván Duque responded to the case saying that it is not a crime to have accounts abroad as long as they are declared.

According to independent surveys, Colombia fails to collect annually around US$11.7 billion (approximately R$63 billion), equivalent to 18% of tax revenue, due to tax evasion by large businessmen. 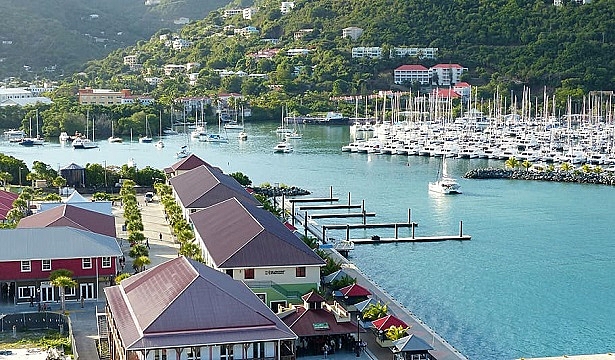 The British Virgin Islands are considered one of the main tax havens in the world, with only 152km² and 400 thousand registered companies, receiving around US$ 60 billion annually / Reproduction / Youtube

According to the Tax Justice network, around US$427 billion (R$2.3 trillion) were lost in 2020 as a result of tax evasion by large entrepreneurs. In Brazil alone, the estimated figure is US$14.9 billion (about R$80 billion).

Oxfam also indicates that 9 out of 10 companies on the list of the 200 largest multinationals in the world have accounts in tax havens. In 2015, the 20 largest European banks claim to have around 25% of their funds in tax-free territories.

For political scientist Ana Prestes, the rise of conservative governments through coups d’état, political-judicial persecution and instrumentalization of international bodies, such as the Organization of American States (OAS), are part of an international articulation between political figures and businessmen.

“It was a neoliberal economic elite, associated with the oligarchies in force in our continent, allied to imperialism, which began to recover their positions in the command of the State. This shows how Latin American integration is necessary, including to create mechanisms to control foreign capital in our region to protect our populations”, concludes Prestes.