Making history, the 22-year-old gymnast, Rebeca Andrade, is now the first Brazilian to win a medal in artistic gymnastics at the Olympic Games. To the sound of “Baile de Favela”, Andrade reached 57, 298 points with her solo performance at the Olympics in Tokyo, Japan. She was only behind the American Sunisa Lee, who scored 57,433 points, and ahead of the Russian Angelina Melnikova, with 57,199 points.

Adding to Rebeca’s challenges is the fact that the young woman has undergone three surgeries on her right knee, between 2017 and 2019, which left her away from training for a long time.

Next Sunday (1st) and Monday (2), Andrade still has chances to win other medals, when more presentations will be held, jump and solo, respectively.

“This medal is not just mine”

After the award, Andrade stated that even if he hadn’t won the silver medal, he would have made history by getting where he is “precisely through the process”. “This medal is not just mine, it belongs to everyone. Everyone knows about my trajectory, what I went through. If I didn’t have every person like that in my life, this wouldn’t have happened. I’m sure of that. I’m really grateful to everyone. I think that even if I hadn’t won the medal, I would have made history, precisely because of my process to get here,” said the medalist.

From a poor neighborhood in Guarulhos, Vila Bonifácio, Rebeca Andrade took funk to the stages of Tokyo. At the end of the presentation, the gymnast said that taking “funk culture to the other side of the world was incredible”. 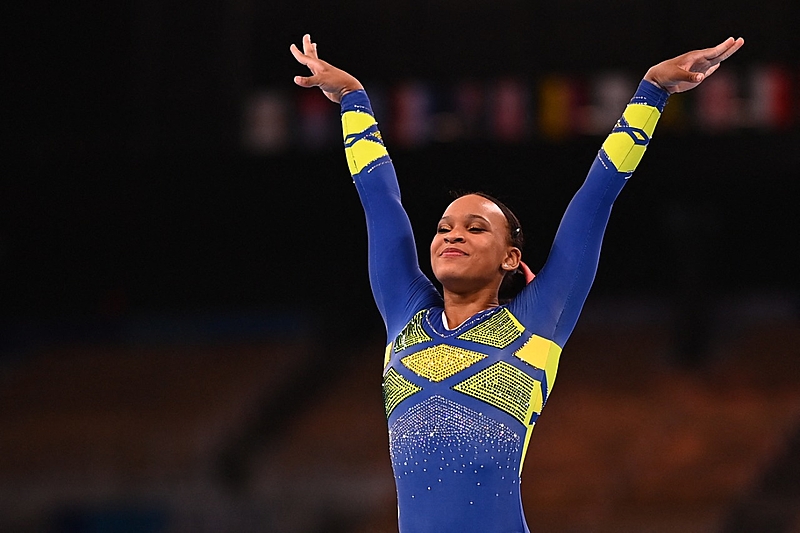 To the sound of “Baile de Favela”, Rebeca Andrade won the silver medal at the Tokyo Olympics / Loic Venance / AFP

Commenting on Andrade’s victory, Daiane dos Santos was moved. “For a long time, people said that black people couldn’t do some sports, and today we see the first medal for a black girl. There is a great representation behind all this. She is a girl who came from a very humble origin, she was raised by a solo mother, like Dona Rosa, she endured everything she endured, all the injuries, and is there today to be the second best athlete in the world”, said Santos.