In less than three days, the online petition has already received more than 4,500 signatures. Launched by the Luiz Carlos Prestes Memorial Association, the campaign seeks the support of society from Rio Grande do Sul against changing the name of the space.

Recently, councilor Comandante Nádia (DEM) submitted a nomination to the Executive to send a bill proposing the suppression of the communist leader’s name, changing it to “Memorial Cidade de Porto Alegre”.

Usually the nominations go through the commissions and go straight to the Executive without major problems when they are not rejected, but this had a tie in the Commission on Urbanization, Transport and Housing (Cuthab) and therefore will go to a vote in the Plenary.

If approved, the nomination will reach Mayor Sebastião Melo, who may or may not submit a project with the proposed content.

The undersigned already has signatures such as the former councilor Vieira da Cunha (PDT), author of the law creating the Memorial Luiz Carlos Prestes, approved by the City Council in 1990, shortly after the death of Luiz Carlos Prestes (law of June 7, 1990, case No. 1185/90, PLCL 14/90). In a complementary law (process No. 1185/90, PLCL 14/90) of June 29, 1990, the Chamber authorized the municipal Executive to “build public facilities of a cultural nature, naming it Memorial Luiz Carlos Prestes”, defining the location and the measurements of the land given for the construction of the Memorial. Carlos Lupi and Ciro Simoni also signed for the PDT.

The former deputy Adão Villaverde and former PT mayors Olívio Dutra and Tarso Genro have also signed. As the text of the petition highlights, “there is no objective reason to review the decisions of the City Council of 1990 and 2008, as well as the decisions of mayors Olívio Dutra (1990) and José Fogaça (2008) José Fortunati (2010-2016) Nelson Marchezan (2017) who signed them, except for the proponent’s revenge, who hopes with this to do publicity with their base”.

The only work by Niemeyer in Porto Alegre

As reported by an article from Sul 21, when the space opened in 2017, shortly after celebrating his 100th birthday, surrounded by friends, Oscar Niemeyer sat at home in 2008 to write an article for the Folha de São newspaper. Paulo, in which he explained the project he had just designed that summer. A Memorial to our friend Luiz Carlos Prestes. According to him, “so special, it was worth explaining it a little”.

When Niemeyer sat down to finish the drawing, in January 2008, the idea of ​​paying homage to Prestes had already completed a road of almost 18 years. He said he was happy to deliver a project that would contribute to keeping alive the memory of Luiz Carlos Prestes, “a Brazilian who fought in favor of his people, against poverty and social inequality”. 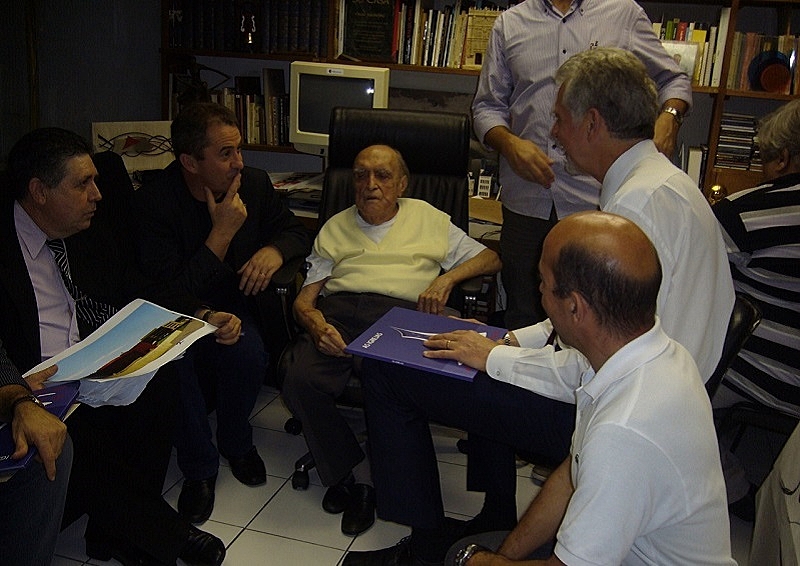 “The Memorial has a tripod: to honor the patriot, the revolutionary and the communist. It is a space not for a group of communists, but for the city of Porto Alegre”, explains Edson Ferreira dos Santos, vice president of Memorial Prestes, who participated in discussions about the project from the beginning.

According to him, the delay that ended up involving the project was caused mainly by the lack of funds. “In 1990, shortly after Prestes’ death, then councilor Vieira da Cunha (PDT) presented a bill to the City Council with the proposal of a memorial in his honor and the request to donate land to the City Hall. The idea was born among friends and people who admired Prestes, who was PDT’s honorary president until the end of his life. The only votes against, in the Legislative, came from the bench of the PSD (current PP). Then, Mayor Olívio Dutra (PT) approved the project and allocated a piece of land on the corner of Ipiranga and Edvaldo Pereira Paiva avenues for the work.”

Edson remembers that with the land area in hand, Olívio, Vieira and another group of enthusiasts of the idea, knocked on Niemeyer’s door. A longtime friend of Prestes, a communist, the architect was the one who welcomed the Gaucho when he left prison, lending him his home in Rio de Janeiro so that he could live.

“Immediately, Niemeyer embraced the cause and prioritized the work. Which he didn’t usually do. In a short time he delivered the project to us, which became the Memorial”, recalls Vieira da Cunha, talking about the meetings he had with the architect, in his apartment, in Copacabana. “But it stayed on paper for many years because it was not possible to obtain the necessary resources to carry out the work”.

The project only got back on track in 2008, due to an unusual movement. Needing a well located land to build its headquarters, the Gaucho Football Federation (FGF), came as the only way to make the Memorial viable. In exchange for Memorial Prestes ceding a portion of the land to the Foundation for 90 years (with a contract renewable for another 90 years), the Foundation would pay for the construction and maintenance costs of the Memorial.

“Since the area is public, we passed a bill of law to the City Council, we explained the reason, that the sharing would take place with the responsibility of the FGF to build the Memorial”, says Edson. The works began in 2012 and, despite few events and some special visits, such as the one by former president Dilma Rousseff (PT), in November 2016, the Memorial’s opening date was changed several times. Until October 2017.

According to Edson, the construction of the Memorial did not cost a penny to the municipal treasury. “It was built and faithfully managed according to the dictates of the law approved by the City Council, and to the intentions of the author of the project.” 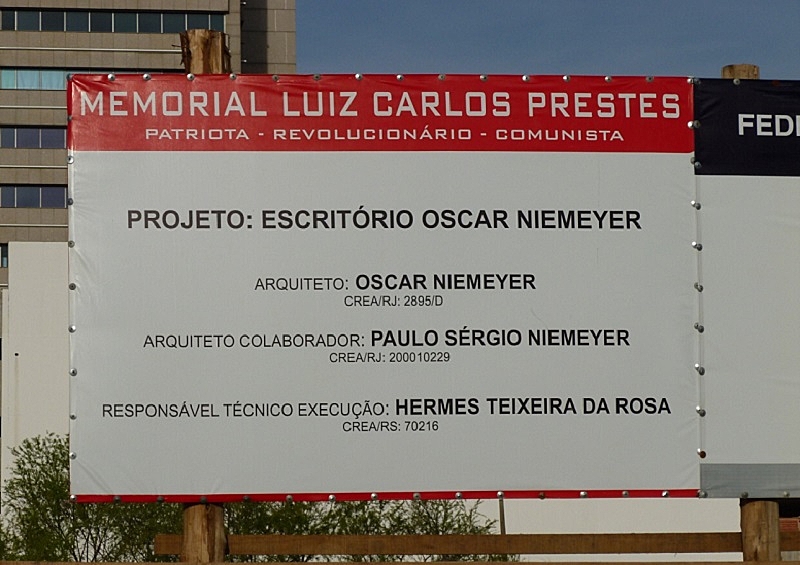 “There is always a class of the people from Rio Grande do Sul who, for them, do not care to have a space that brings memory, history, shown with photos, undeniable from the thought and work of Luiz Carlos Prestes and Oscar Niemeyer. We received many attacks, from some people from these more violent segments, inflexible people, who cannot support opinions that differ from theirs”, says Goretti Grossi, from the Association’s art and culture director.

She says that, first, it was the attacks on the building itself, and then the attack began, trying to take the memorial from the ‘pants’ to hand it over to someone who would turn the place into a store to sell anything. “Here is not a commercial space, here is a memorial for people to get to know a thought, a history, a place to meet, study, debate”, he highlights.

At the time of the inauguration, Niemeyer’s great-grandson, who also signed the project, stated that there would be no possibility of seeing the building transformed into anything other than a tribute to Prestes. “You may question, but the museum was made specifically for Memorial Prestes. Only in Brazil is there this tendency to disrespect the country’s history.”

“At this moment, it is very important for us to know not only the history of Prestes, which is also the history of the struggle of the Brazilian working class. We see in the photographs recorded on the walls of the memorial the Brazilian people on the street commemorating the defeat of fascism, of Nazism, we see these people from the periphery, the favelas, samba schools, football clubs, these people on the street with its political leaders fighting and celebrating the victory of advances in democracy and social equality, the struggle for life and Human Rights”, he points out. 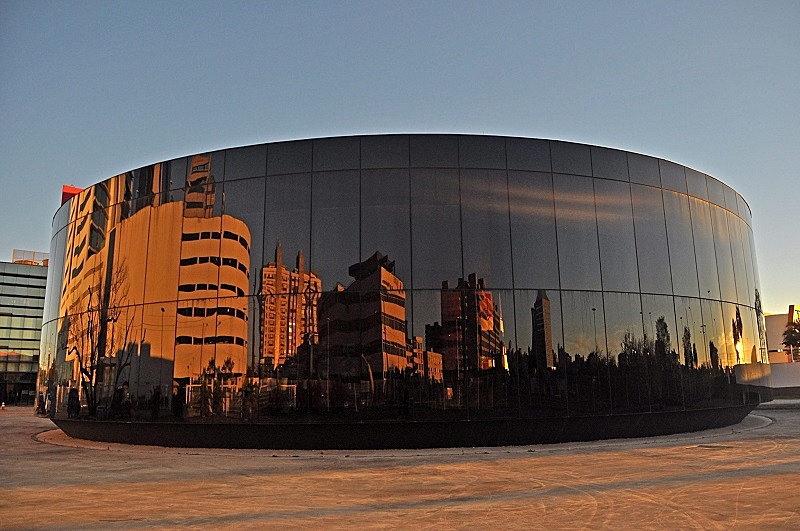 “Here is not a commercial space, here is a memorial for people to get to know a thought, a story, a place to meet, study, debate” / Photo: Ricardo Stricher

For Goretti, the Brazilian people who rediscovered Zumbi not long ago still need to meet Luiz Carlos Prestes, who unfortunately, in the history books of public and private schools, contains one or two lines referring to the Prestes Column, “a very small part of the the grandeur of the whole that was Prestes’ life and struggle and thought”, he emphasizes.

The photos that surround the walls of the memorial record the politician’s trajectory, from his parents’ house, his youth as a military man, through the Prestes Column, the period in which he lived in the former Soviet Union, the arrests during the Vargas government and during the Dictatorship Military, and political action within the Communist Party.

The photos were provided by Anita Leocádia Benário Prestes, daughter of Luiz Carlos and Olga Benário Prestes, who died in a gas chamber during Hitler’s Nazism on April 23, 1942. Anita also spoke in defense of the memorial in a video posted on Instagram.