With a vast content that brings together information about the Revolution of 1817, at the time the Magna Pernambucana Date was instituted, on March 6, and the bicentennial of the emancipatory movement is commemorated, the book “O Recife da República Republicana 1817”, authored by architect and researcher José Luiz Mota Menezes, professor emeritus in the postgraduate studies in Archeology and Heritage Conservation, at the Federal University of Pernambuco (UFPE), goes back to history and takes the reader to Recife more than 200 years ago, stage of battles for liberation.

:: Bairro do Campo Grande, in Recife, has its history told with the Praieira Revolution ::

The book, which costs R$ 40, was released this Tuesday (24), during the virtual programming of the 14th Week of Cultural Heritage of Pernambuco. The publication is a contribution to the history and culture of the state, as the Revolution, which preceded independence, is still not well known by many. The edition has the incentive of the Pernambuco State Culture Incentive Fund (Funcultura).

The book project foresees the publication of one thousand copies, with the publication on the internet of an audiobook with audio description of the images, which makes the narrative in audio, promoting access for people with visual impairments.

The people of Pernambuco rebel against colonial rule on March 6, 1817 / Internet

:: Meet Bárbara de Alencar, one of the leaders of the Pernambuco Revolution of 1817 ::

José Luiz Mota Menezes sought to understand and interpret the process of the revolutionary movement, apprehending the essence of the episode, one of the most expressive in the province of Pernambuco, with repercussions throughout the national scene.

According to him, when walking the streets of Recife, especially the oldest ones, people cannot recognize the places where the struggles and conquests took place, in addition to the death of some of the rebels of 1817. “Recife, over 200 years, has changed considerably. The expansion of dry land, the landfill of rivers and mangroves to build houses and other constructions, causes society to lose some of the references of the places where the movements of the Republican Revolution of 1817 took place”, comments the author. The history of the deeds is made accessible to the interested reader and, considering the civilization of the image, the text presents many illustrations. 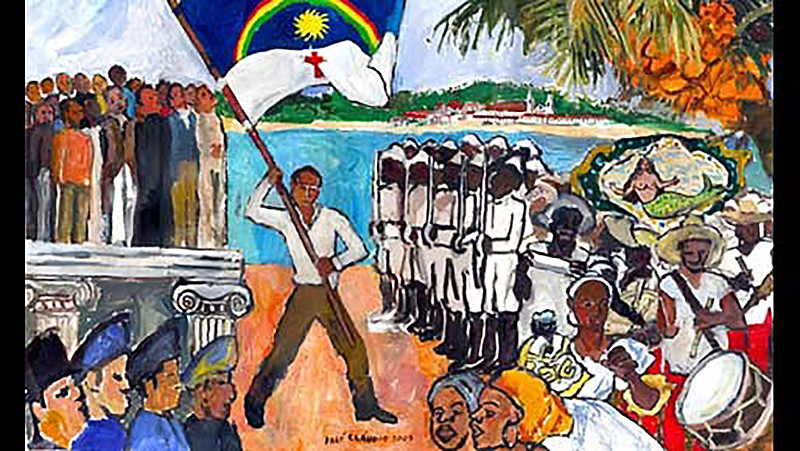 :: Pernambuco Revolution: do you know what this is? ::

“It is a project that intends to show the memory of certain facts that were despised or omitted by official history. It is a way of contributing so that the history of the country, and in a special perspective, that of Pernambuco, is better known by all Pernambuco”, points out cultural producer Clarisse Fraga.

The book also deepens and broadens the approach to the theme, highlighting the urban and architectural interventions that took place in Recife during that historical period. In the pages, the author revisits, through texts and images, in addition to cartographic reconstructions, these urban places.