Since the legal-parliamentary coup of 2016, the attacks on civil servants and workers have not stopped. The EC 95 (expenditure ceiling) in December 2016 stands out, which has reflected until today with fewer resources for health, education, the justice system, public security and public service scrapping with fewer and fewer public tenders, that is, less service to the population.

After the labor “reform”, which removed workers’ rights and partially emptied the historic role of the Labor Justice System. Next, the attack on social security, which increased the contribution amount, the time needed to retire and decreased the value of pensions, in addition to other attacks.

:: Civil Servant Day: entities protest for the future of public service in the country::

Finally, the wage freeze (even with galloping inflation) and restrictions on how to get readjustments in civil servants with the “Emergency” PEC. At the moment, they are trying to approve the Administrative Reform (PEC 32).

Social movements, unions, other institutions and the Mixed Parliamentary Front in Defense of Public Service continue with mobilizations across the country to stop the proposal. / APUB Union

These setbacks were implemented with the strong ideological advance of neoliberalism, putting progressive forces on the defensive. A considerable part of the workers lost this condition to be micro-entrepreneurs, or “self-employed”; public servants were declared enemies of the efficiency and advancement of society; state-owned companies were quickly scrapped, some privatized, with many being sold or in the process of being sold.

:: “We are under severe threat”, says deputy on administrative reform vote ::

In 2021 it was no different. In addition to fighting for life against a denial government, the Bolsonaro government and its troops in the National Congress wanted to approve the administrative reform, which is actually a state reform.
There was resistance and a lot of struggle, not having been approved in the Chamber so far.

Three main points deserve to be highlighted in this State dismantling project:

1. End of public tenders and stability. The PEC 32 foresees the end of these two institutes, as a rule, allowing the State rigging by Bolsonaro and his associates. We no longer have objective criteria for entry and exit in public administration, we are left at the mercy of the government on duty. A coup in the Federal Constitution of 1988 and in the country’s redemocratization process;

2. Workload reduction with salary reduction for civil servants by up to 25%. Provided for in PEC 186 and 188/2019, but not approved, this measure is included in PEC 32 and aims to punish the population with fewer public services, and [email protected] public with lower salaries, instead of taxing large fortunes, profits and dividends, among other initiatives to build a quality public service;

3. Subsidiary action of the public administration. Despite the withdrawal of the principle in the CCJ, in its content, the PEC 32 provides for the performance of the public administration only and only when the private sector does not want to act, expressly providing for the possibility of using the labor of public servants by the initiative toilet. 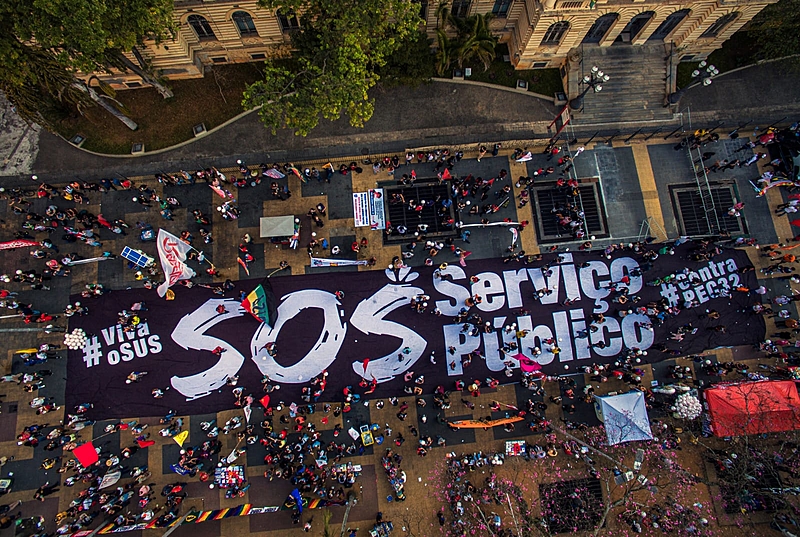 It is worth highlighting what the administrative reform does not address: the end of nepotism in public administration; end of compulsory retirement as “punishment” for judges and prosecutors; ceiling regulation of the caste of civil servants such as judges, attorneys, politicians (those yes, castes), not dealing with the possibility of salary reduction for this elite; no substantial change for the military.

We cannot forget the strong attack that public companies are suffering. The case of Correios, a company with 100,000 workers, is emblematic. First scrap; for later it sells at a bargain price and fires thousands of public employees.

So, on Public Servant Day on October 28th, we have little to celebrate. However, it is necessary to value the broad unity between the entities of the civil service, the Union Centrals and the popular movements, leaving our differences aside, to act in the streets, in social networks and in the parliamentary pressure against the Administrative Reform (PEC 32).

This unit needs to continue so that we fight for a Quality Public Service, for the valorization of civil servants, for the return of public tenders, revocation of EC 95, in addition to other historical agendas of us public sector workers.

Always combining mobilization, pressure, articulation and dispute for hegemony in social networks. This is the condition for Reconstructing Brazil and making a good fight against the neoliberal project that has the public service (and its servers) as enemies.

*Thiago Duarte Gonçalves is the director of Fenajufe (Federação dos [email protected] of the Federal Judiciary and of the MPU), Servant of the TRT of the 2nd Region and member of the ABJD (Brazilian Association of Jurists for Democracy).

**This is an opinion piece and the author’s view does not necessarily express the editorial line of the newspaper.