This Tuesday (31), the Organization of Petroleum Exporting Countries (OPEC), made up of 14 nations representing 40% of world production, met at the 54thO meeting of the Joint Technical Committee to discuss the fate of the oil market. The data presented there will be the basis for the decisions of the Ministerial Committee of the organization that meets on Wednesday (1O September) to decide production targets for 2022.

What comes out of there directly impacts the price of fossil fuel around the world. While the United States, the world’s largest producer, defends increasing supply to lower prices, Kuwait’s oil minister, who presides over OPEC, declared that the prospect was to reduce production.

“OPEC must maintain its coherence, as it needs to maintain the oil revenues of the nations in the post-pandemic. The United States, on the other hand, were permanent enemies of OPEC, always seeking to destroy it”, analyzes Edgardo Ramírez, professor of International Relations at the Central University of Venezuela (UCV).

The pandemic caused a decrease in world production in 2020, however the demand in 2021 already exceeds that of last year, with a forecast of 96.6 million barrels per day needed to supply global demand. The price of a barrel of oil is also the highest since October 2018, averaging US$73 (about R$400).

“The US will certainly defend an overproduction, an old strategy to lower oil prices by increasing the supply in the market”, comments the doctor in oil geopolitics, Miguel Jaimes.

According to specialists, as the first country to explore oil in the region, around 160 years ago, the United States is facing a depletion of its wells. For this reason, in addition to unleashing wars in several countries in the Middle East since the beginning of the century, in the last eight years they have opted for the technique of fracking (hydraulic fracturing) to maintain their production levels. The procedure consists of extracting fossil fuels from shale gas, extracted with jets of water and other chemicals launched underground.

In addition to being highly polluting, the fracking technique is also more expensive than the oil extraction convention / Paul Ratje / AFP

In addition to being expensive, the procedure is also highly polluting. During Donald Trump’s administration, fracking became the alternative soon after the White House stopped importing Venezuelan oil as part of the economic blockade.

The measure, however, contributed to the increase in the country’s external debt, currently at US$ 24 trillion, higher than the Gross Domestic Product of US$ 20.9 trillion, which fell by 3.5% in 2020.

“The United States, like Mexico, are at a stage of depletion of their reserves. The position taken by the Mexican government has to do with safeguarding the satisfaction of national energy needs. The reserves available in Mexico are already scarce to meet this demand, which puts national energy sovereignty at risk”, analyzes Ramírez.

For Jaimes, the current crisis situation in the US forces them to prioritize the lifting of sanctions related to Petróleos de Venezuela SA (PDVSA) to resume oil trade between the two countries. This would be one of the expectations regarding the National Dialogue Table between the Venezuelan government and opposition. 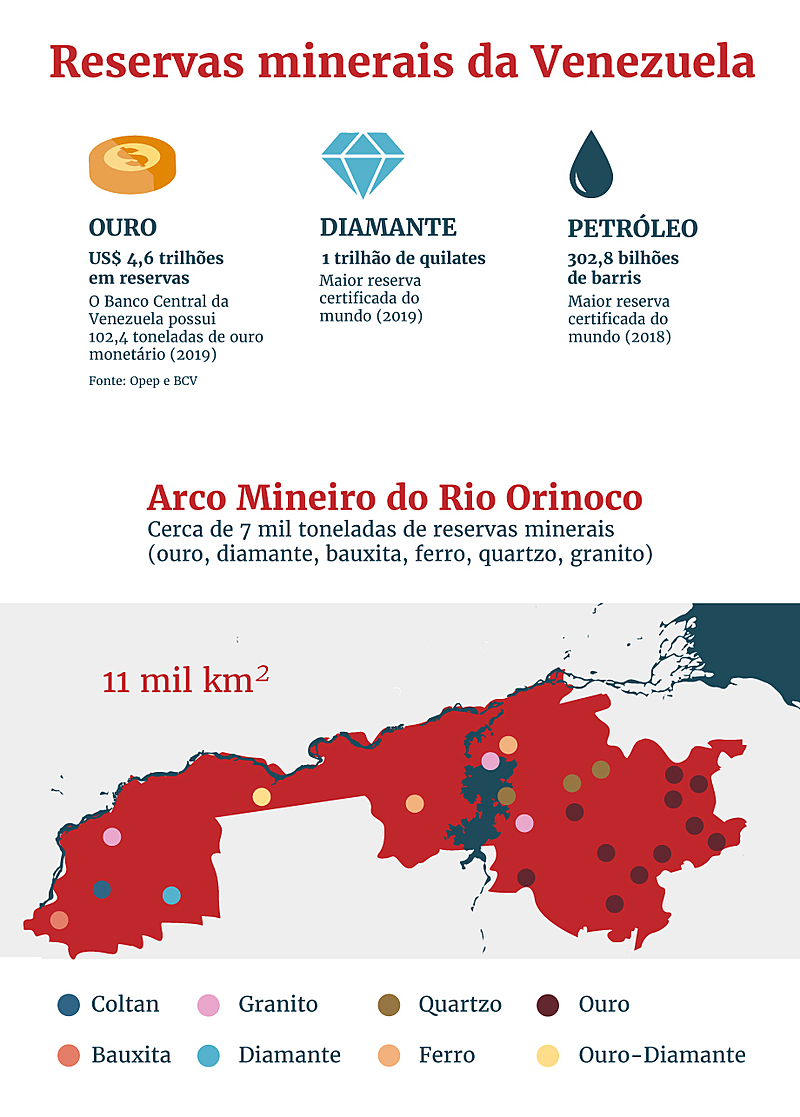 The Orinoco River Strip concentrates most of Venezuela’s oil reserves and, since 2008, it has been open to foreign investment. / Brazil in fact

The measure also seeks to develop the state-owned Petroleos de México (Pemex) to increase its refining capacity and production of fuel derivatives. Obrador made it clear that his decision seeks to abandon the neoliberal policies of his predecessors.

“We are already extracting oil at a cost of US$4 a barrel, while the average is US$12, US$13 per extraction. Due to bad planning, what mattered to them was not extracting the oil, but delivering contracts to companies and doing business, which made corruption predominate”, denounced the head of state.

Mexico produces around 1.94 million barrels a day and intends to limit its production to 2 million due to the depletion of the resource. The decision directly affects the commercial relationship with its northern neighbors.

More than half of Mexican territory was annexed by the United States in the mid-19th century. The region is rich in oil, comprising the states of Texas, Oklahoma, Utah, Nevada, California, Arizona, New Mexico, Wyoming and Colorado.

Read more: President of Mexico proposes the creation of an organization to replace OAS in the region

“No one will sacrifice themselves for the brands imposed by the United States to produce an X or Y article. The world has changed. If we make an alliance between the oil industries of Venezuela, Mexico and Brazil with Russia, what would the threat of US sanctions matter to the Russian Federation?”, defended the Venezuelan analyst. 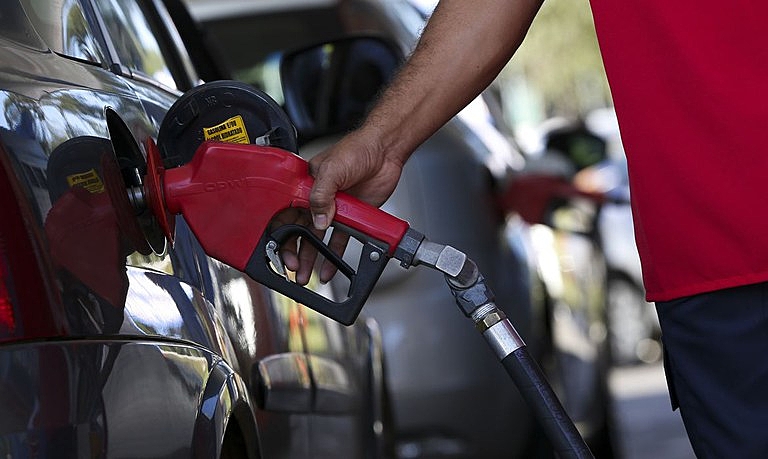 As the value of oil abroad is rising, the trend is that prices in the domestic market will continue to grow in the coming months. / Photo: Marcelo Camargo/Agência Brasil

Alliances like these were discussed by the BRICS, a bloc formed by Brazil, Russia, India, China and South Africa, in the past. However, since the beginning of the government of Jair Bolsonaro and Indian Prime Minister Narendra Modi, the group’s relations have become distant.

“Since the US knows that its reserves are being depleted, they want to be assured of the purchase of oil in the future. So they demand that OPEC not increase the price so that they can have greater purchasing capacity”, analyzes Edgardo Ramírez. 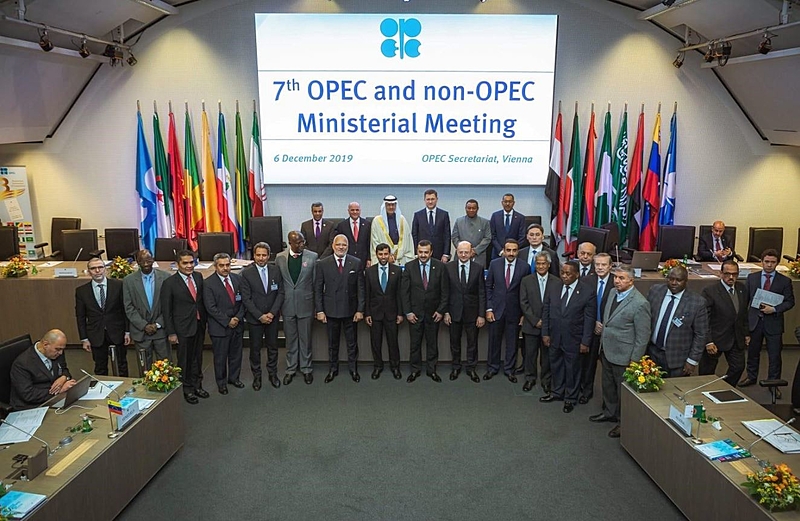 The oil market moves based on the logic of “futures markets”, so the values ​​discussed today are forecasts and should impact purchases and sales in the coming months.

“Futures markets are a great invention of imperialism, which are advance purchases in the oil market. There is an investment fund policy of the global financial elite and they organize the world according to their interests. This elite does not consider the market’s supply and demand, they only consider its interests”, analyzes internationalist Edgardo Ramírez.

The privatization of Petrobras refineries and the new pricing policy, which is measured based on variations in the international market, made the country reach a record of R$7 per liter of gasoline and R$4.60 per liter of diesel.