Minister Onyx Lorenzoni (Labor and Social Security) was the main attraction of the first part of the CPAC (Conservative Political Action Conference) Brazil 2021, the self-titled “largest conservative event” in the world, which brings together extreme right-wing leaders in several countries.

The event began at around 11:30 am at the Ulysses Guimarães Convention Center, in the central region of Brasília (DF), and will continue until next Saturday night (4). The main international guest is the son of former US President Donald Trump, right-wing activist Donald Trump Jr.

Lorenzoni’s speech lasted about 15 minutes and had direct attacks on former PT presidents Luiz Inácio Lula da Silva and Dilma Rousseff. In an exalted tone, he called on the audience to attend the pro-Bolsonaro demonstrations scheduled for 7 September.

“On the 7th, we will all stop on the street. On the 7th, we’re going in green and yellow. We are going to take our sons and daughters, our grandparents, grandchildren, take our soul and heart so that it is very clear that the Brazilian people are Supreme”, said the minister

In another part of the speech, Lorenzoni presented an image with the expression “Chinese virus” and made derogatory statements against China.

See some photos of Onyx’s performance: 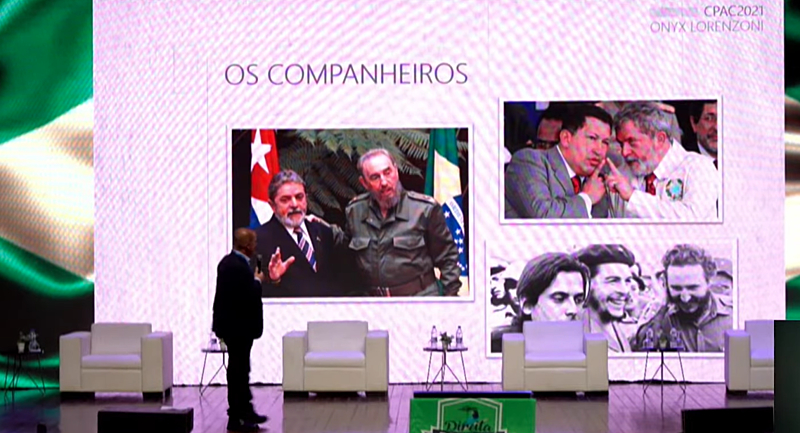 Then, minister showed photos of Lula with Fidel Castro and Hugo Chávez / Reproduction/YouTube 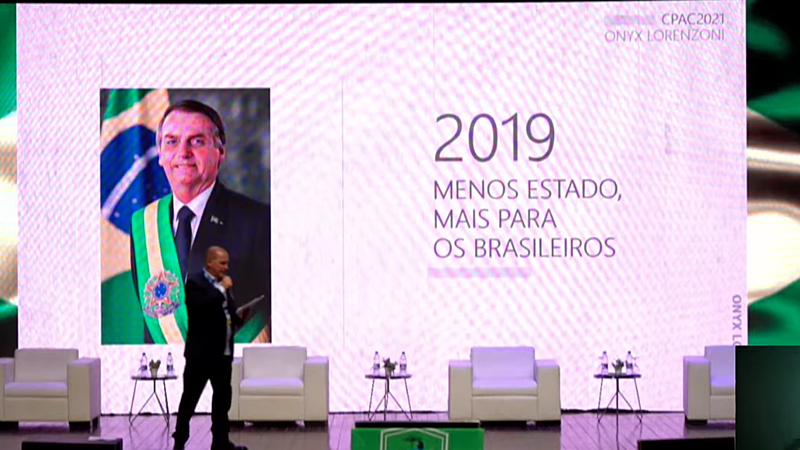 In addition to Onyx, another member of President Jair Bolsonaro’s government spoke at the beginning of the event. The president of the National Library Foundation, Rafael Nogueira, praised the presence of monarchy flags in the audience.

Deputy Eduardo Bolsonaro (PSL-SP), one of the organizers of the previous edition of the event that took place in Brazil, also participated in the opening of CPAC. This year, the event was organized by the Instituto Conservador Liberal (ICL).