Located in the Santana district, in Porto Alegre (RS), on the avenue of the same name, the Condomínio Princesa Isabel, houses in its structure around 200 apartments, where low-income families, mostly black, live.

The residential is located among other major and important avenues in the Capital: João Pessoa, Ipiranga and Bento Gonçalves. Surrounded by bus terminals, it is very close to Parque da Redenção and the Police Palace. In recent weeks, residents have reported constant actions by the Military Brigade. The report of Brazil de Fact RS paid a visit to tell a bit of his story.

The affordable housing condominium was built by the municipal government of Porto Alegre, through the Municipal Housing Department (Demhab), during the administration of Mayor João Verle (PT), in 2004.

According to the study “Production of social housing: spatial adaptation and strategies for generating work and income”, the residential complex consists of eight blocks, with four floors each. Access is controlled by gates and there are collective spaces, such as children’s toys and benches.

One of the residents of Princesa Isabel is Vitória Santana, 26, who has lived in the condominium “since she started to get along with people”. She is currently president of the Princess Isabel Residents Association and reported for our story that that Condominium is the result of “a very big fight for housing”.

:: Fight for housing meets the magic of cinema in the documentary “Cine Morocco” ::

The construction of the Princesa Isabel began with the mobilization of the community of the extinct Vila Cabo Rocha, which was located in a nearby region, in the Azenha district. The village was popularly called Vila Zero Hora, due to the fact that the land where the community was established was owned by the communication company of the same name.

According to Vitória, the mobilization began in the 1990s, when the threat of people in Vila Cabo Rocha losing their homes became a reality.

“They didn’t want to leave us here, they wanted to take us to the Restinga. We had a really big fight”, said with pride Mrs. Eurides / Photo: Fabiana Reinholz

Condominium construction is the result of popular resistance and organization

Vitória’s account was followed up and confirmed by Ms. Eurides Terezinha, 78, who is currently vice president of the Residents’ Association. She received our report in her apartment and told a little about her story and the condominium.

Eurides recalled that the mobilization to fight for housing with five other residents of Cabo Rocha began, when the eviction of the community became a threat.

“We were from the Participatory Budget (OP). When Zero Hora started fighting that they wanted to get us out of there, we started running”, he says.

Of these five Cabo Rocha residents who participated in the joints, only she is still alive. It was through the structure of the Participatory Budget that it was possible to organize the community and demand the construction of popular housing.

“They didn’t want to leave us here, they wanted to take us to the Restinga. We had a very big fight”, said with pride Dona Eurides. She further reported that the expulsion process was “an abuse”.

“We had a house there. ‘Maloquinha’ or not, everyone had one, so they wanted us to leave. They think we’re rubbish!”, he says.

According to her, the intention of the government at the time was to take that community to the Restinga neighborhood, in the extreme south of the capital, about 20 km from the center.

At the time (beginning of the 2000s) that region was still experiencing the urbanization process at a very different stage from the current one, with an extensive green and rural area. Restinga, for example, was a new neighborhood, as the law that would make its creation official dates back to 1990.

The region was a common destination for communities and villages in an irregular situation that could not resist and were being expelled from areas closer to the Center, as in the case of part of the Campos do Cristal village, which was relocated in Bairro Vila Nova, also in the Extremo South.

The Extreme South is an extensive region of the Capital that even today arouses the interest of real estate speculation due to the available space. However, the region is far from the Center. Different from Princesa Isabel, which is just a few minutes’ walk from Parque da Redenção and Cidade Baixa, for example.

Dona Eurides reports that, in the place where Princess Isabel was built, there was already a small community, where some truck drivers lived. She says that it was from the dialogue with those people that she decided to build a Condominium of affordable housing in that location.

In fact, the first 50 apartments delivered were occupied by residents of that community, who received their homes before the families of Cabo Rocha.

“Here there was a village, there were 50 families, we made an agreement with them, we would give them 50 apartments and they would let us build, and that’s what happened.”

According to Eurides, it took about 15 years to build the land, through Demhab. Vitória explained that, initially, the fight was for land title regularization to remain in that location.

The Cabo Rocha community was inserted in a context, in the 1990s, where several villages tried to resist the loss of their territories. The Princesa Isabel Condominium is one of the few communities that managed to remain in the central regions of the city, but, according to Vitória, this comes with a price. 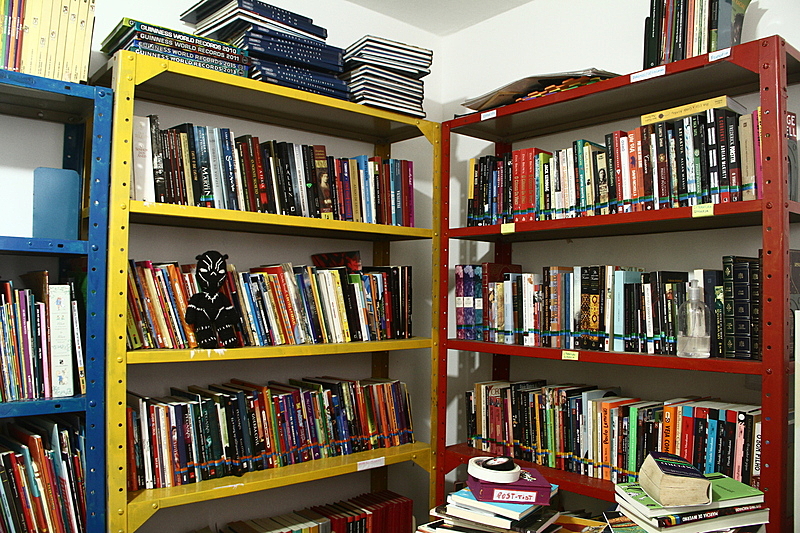 Over time, the condominium started to be highlighted in the media in a negative way, coming to be appointed as the “fortress for trafficking in Porto Alegre”.

The constant police approaches and the presence in the news ended up making the place nicknamed Carandiru, in reference to the São Paulo Detention House, demolished in 2002. Ten years before, the São Paulo prison had been the site of a great slaughter, on account of an intervention by the Military Police. Under the pretext of containing a rebellion, 111 detainees were killed.

The way the place is treated by the media was the subject of the completion of the course work of the Librarianship student, Flávio Bonfligio, in 2018. The student analyzed several editions of the Correio do Povo newspaper and concluded that the use of the term “Carandiru” , to refer to Princess Isabel, was used in a negative way and contributed to creating a negative stigma of the place.

As Flávio pointed out, between 2013 and 2015, Alexandre Goulart Madeira, “Xandi”, a resident of the former Cabo Rocha village and one of the region’s drug trafficking leaders, had his name and image linked to the territory.

“This happened through news that indicated their family members living in the condominium and the involvement of residents with the logistics and distribution of drugs in the region,” Flávio wrote.

President of the Association for seven years, Dona Eurides says that, at the beginning of the occupation of the apartments, there were no such problems. As time went by, reality changed. “Unfortunately there is this traffic, that they [a Polícia] cannot fight. And they want us to ‘give’ the people, the heads. How are we going to do this?”, he asks.

The way in which the Military Brigade operates at the site is another factor that is much criticized by the residents of the condominium. As one resident who did not want to be identified commented, police approaches and apartment raids without a court order are common. In addition, he complained that the Military Brigade “does not make any distinction”:

“You can’t have money at home because if we have money they think it’s from the drug trade, they already say that your apartment is a “mouth”. We don’t have another place, where are we going to live? There has always been repression, but now it’s worse,” he said.

Dona Eurides cites an episode in which the Military Brigade ordered that the entrance gate to the Condominium be torn down, to facilitate police access. It was necessary to appeal. “I went to the Internal Affairs Unit and said that we have small children here, around 350 inside the condominium, how are you going to tear the gate down? The magistrate said that it was not to be taken away”, he reports.

Vitória says that she grew up understanding this stigma and prejudice against the community of the Princesa Isabel Condominium. She reports that she feels the lack of other forms of action by the State, such as health and education.

“Today the State only enters here with force, with police violence invading our homes”, he stresses. According to her, all these factors end up generating a dehumanized look at the people who live there.

“This is expressed when we call Carandiru a community whose condominium was built by struggle, by community organization, which managed to resist removal. And what was Carandiru? It was a prison where there was a massacre of more than 100 people”, he adds.

Dona Eurides and Vitória highlight the disrespect suffered by a community of low-income people who live in a valued region of the city.

“We live in the central region, but that doesn’t mean anything, we don’t have the right to live together. We are disrespected, we are humiliated. We are at the Center, we think that a diploma or something will provide us with not suffering violence, but not, just because we live here we are marginalized”, says Vitória.

The most recent action by the BM took place in August this year, which focused on combating drug trafficking in the region. At the time, according to the Association’s leaders, the daycare that operates at the site had its gate broken open. The residents, after the episode, took a walk in the mediations of the Condominium to denounce what happened and the way they are treated.

“All the time we are reporting. We have children, we have a day care center, it’s very difficult. It’s an immeasurable violence, last month we held a protest, we formalized the denunciations, but it’s difficult to see it consummated”, vents Vitória.

The affordable housing condominium was built by the municipal government of Porto Alegre, through the Municipal Housing Department (Demhab) / Reproduction / Google Earth

Community organizes itself to meet needs

“Having a community that resisted sanitation, removal from the central region and that remained here brought us stigma, prejudice. Because they are poor families who are living a few meters away from people who bought property and who think they have the right not to live, see, deal with low-income, poor people,” says Vitória.

Founded in 2004, the Residents’ Association manages and administers the community day care center that exists within the condominium, with resources from an agreement with the Municipal Education Department.

The crèche serves more than 70 children and the teachers are hired by the Association. In addition to the daycare, the condominium has a community library. During the pandemic, the entity carried out several solidarity actions, delivering food baskets to families.

In 2020, 150 food baskets were donated for three months to vulnerable families. As well as helping school-age children who were not able to access remote learning.

In addition to the agreement with the City Hall that guarantees the teachers at the community day care center, the residents of Princesa Isabel have little help from the State for other basic needs.

They need to organize guarantees among themselves to serve the most economically vulnerable. In a way, the constant struggle they wage today for survival is a continuation of the struggle that was waged more than 20 years ago for housing and staying close to the Center.

“We have an unrecognized fight. Here is a housing and housing project that impacts the next generations. But we have this very big challenge, which is criminalization and the stigma that come with it”, concludes Vitória.