Iran and the United States show interest in resuming nuclear weapons talks and are raising international expectations that the first talks could begin in November. In 2018, under Donald Trump’s management, the White House abandoned the Joint Global Action Plan (JCPOA) also signed with China, Russia, Germany, France, United Kingdom and Iran. US and the inaction of the European Union, the Iranian government also failed to comply with the agreement.

Nuclear energy, as well as the development of short and medium-range precision missiles, are part of the country’s national defense program. The 2015 nuclear agreement, which would be in force until 2025, determined 3.67% as the maximum limit for enrichment of uranium – the basic chemical element for the production of nuclear weapons.

During the election campaign, Joe Biden promised to resume negotiations within the first 100 days of his term, which did not happen. Iran’s new President Ebrahim Raisi is demanding that Washington unlock about $10 billion (approximately R$55 billion) in Iranian public assets abroad and lift economic sanctions imposed since 2018, as a show of “seriousness” in the intention to improve relations with the Persian country.

The Iranians are also demanding a commitment from Washington not to apply any unilateral coercive measures while the new agreement is in effect. The Iranian president proposed a preliminary meeting in Brussels between a delegation from his country and the other signatories of the 2015 pact, and then to sit down with US representatives in Vienna. In June, the Iranians also suspended dialogue with the European parties, which were mediating the dialogue with the US.

With the relief of sanctions applied against Tehran in 2016, shortly after the signing of the Joint Action Pact, trade between Iran and the European Union increased by 47%. However, the resumption of economic measures in 2018 contributed to the 6.8% retraction of the Iranian GDP in 2019.

“In fact the pact [de 2015] it was a bargain. Trump showed this. But every deal involves a bargain in some way. Our previous one was more to build mutual trust and then have other advances. I think it’s positive that Biden has this interest”, analyzes former Minister of Defense and Foreign Affairs Celso Amorim in an interview with Brazil in fact.

Tehran also accuses the United States and Israel of having planned the attack on Mohsen Fakhrizadeh, chief scientist of the Iranian nuclear program, and Qasem Soleimani, general of the Al Quds force, linked to the Islamic Revolutionary Guards, both killed in 2020.

:: Column | The attack on General Soleimani and the changes in the Middle East scenario ::

“The Biden administration, the Department of Energy and Atomic Weapons are obligated to sign a new atomic agreement with Iran. There is a way to go that is not easy. But this is the methodology of all agreements, when the situation becomes more difficult is when they can reach a pact. This has been the history of other agreements, including non-nuclear ones”, analyzes the political scientist and doctor in geopolitics of Petroleo Miguel Jaimes.

US Secretary of State Anthony Blinken said the United States is prepared for “new options if Iran does not change its stance” and reiterated that he did not agree to a prior meeting in Brussels.

But who is the villain?

Although the United States accuses Iran of being a global security risk for possibly being able to develop a nuclear bomb, the US is at the top of the nuclear weapons ranking and was the only country to adopt them in a war.

According to the Stockholm Institute for Research for International Peace (Sipri), the US has 5,550 nuclear warheads, followed by Russia with 6,255 warheads, in third would be China with 350 warheads and France with 290.

Other nuclear powers would be the United Kingdom, India, Pakistan, Israel and North Korea. 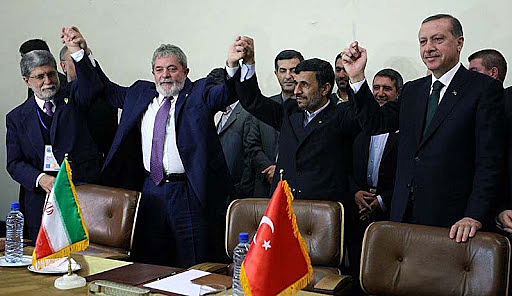 In 20210, Brazil was a mediator in the first nuclear agreement proposed between Iran and the United States / Memorial da Democracy

The 2015 nuclear deal was not the first. In 2010, Brazil and Turkey had already mediated negotiations between Iran and the United States to seek a nuclear pact, which was eventually abandoned by Washington.

“Obama asked Brazil, and specifically President Lula, to help find a solution to Iran’s Nuclear Program, which was seen as a big problem mainly by Israel. For Israel, the fact that an Islamic country has nuclear weapons – the same ones that Israel has – is an existential threat for the country”, comments former minister Celso Amorim.

And to maintain its hegemony in the military aspect, the US relies on Israel as an ally in the Middle East. In 1981, Israel bombed a nuclear reactor under construction in Iraq. In 2007, they did the same in Syria.

For the specialist in oil geopolitics Miguel Jaimes, the White House’s central interest is to maintain a situation of permanent conflict in the Middle East in order to guarantee its control over the sources of gas and oil, as well as the fuel trading routes.

“We are identifying the advance of proto-blocs in the region. The first actor is the United States with its allies: Japan, South Korea, Israel, Saudi Arabia form a corps with a military form, with armaments, sophisticated aid and military training. the proto-blocs have their allies well attended to. Who are they? The Islamic Caliphate, Al Qaeda, Al Nusra. For each country they created a group of terrorists,” analyzes Jaimes. 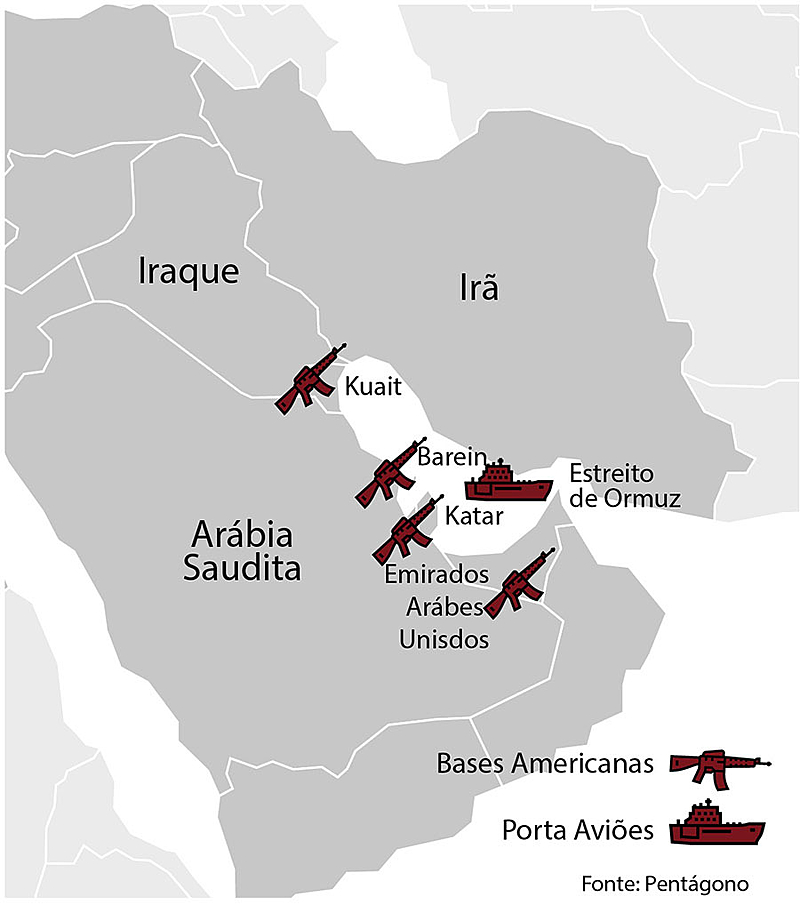 It’s not just the nuclear issue. Relations between Iran and the United States have been tense since 1979. With the Islamic revolution and the installation of an autonomous government to US interests, the White House started issuing the first sanctions against Iran.

The geographic position, with privileged access to the Persian Gulf, makes Iran a permanent US target.

Iran is the fourth largest oil producer in the world and the second within the Organization of Petroleum Exporting Countries (OPEC), with a daily production of 2.5 million barrels. Through the Strait of Hormuz, located in Iranian territory, about 20% of the oil consumed worldwide is transported.

The US Treasury Department has imposed sanctions on about 700 Iranian businesses and citizens, including major banks, oil exporters and shipping companies.

“Iran is a country with a sophisticated economy, with a level of industrialization similar to Brazil. But it is a country that has suffered a lot from sanctions, but it is a more conservative government and perhaps that is why it wants to calm the ground and reduce the situation of permanent economic crisis”, analyzes former minister Amorim.