The Landless Rural Workers Movement (MST) will receive, next Friday (22), the Esther Busser Memorial Prize, promoted by the International Labor Organization (ILO), for its work in guaranteeing decent living conditions and work for the Brazilian population.

Founded in 1984, in the context of the redemocratization of Brazil, the MST has around 350,000 families settled in 24 states.

The ceremony will be virtual, starting at 8:00 am (Brasilia time). The representative of the landless who will speak at the event will be Ayala Ferreira, who is part of the national leadership of the movement for the National Human Rights Collective.

“It is not the first time that the movement has received this type of recognition for its political practice in the struggle for land and agrarian reform. We have also received awards linked to the movement’s educational and cultural practices, and it is always a joy for the militancy,” says the manager.

“It ends up being an incentive for us to continue in this collective effort to carry the banners that, in a way, express the existence of the MST: the land, agrarian reform and the struggles for the social transformations of our country.”

While in Brazil the MST is the target of actions by President Jair Bolsonaro (no party) and “fake news” by its supporters, awards such as those of the ILO reaffirm the international community’s respect for the largest social movement in Latin America.

“These recognitions drive us to follow the path of building solidarity actions, in defense of life, the environment and people’s rights in general”, emphasizes Ayala Ferreira.

The MST promotes agrarian reform in the country, through the occupation of idle land, unproductive large estates and farms that promote slave labor. The organization is committed to defending food sovereignty, producing food without poison and respecting the environment, through agroecology.

:: Why farmers and researchers argue that agroecology can solve hunger in Brazil ::

Another four entities from the global South that work to defend the dignity of workers will be honored on Friday. The landless leader says she is curious to know which other organizations have been awarded.

So far, the MST has only received a communication from the organizers stating why the movement was chosen by the ILO, among hundreds of entities.

“The message we received was very clear: not only for the existence of the MST and for the 350 thousand families mobilized throughout the country over 37 years, but for the role that the movement played in the most recent period, of crisis of capitalism, deepened by the pandemic, with an avalanche of setbacks and conservatisms that threaten our democracy.” 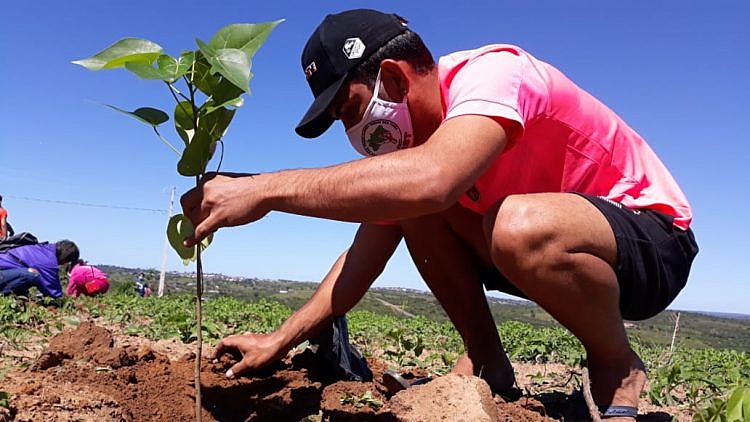 Due to the dismantling of public policies on food security and incentives for family farming, Brazil returned to the levels of the Hunger Map in 2020.

During the covid-19 pandemic, the MST was notable for donating more than 5,000 tons of food to vulnerable populations and for planting more than 1 million trees across the country, through the National Plan “Plant Trees, Produce Healthy Food” .

Esther Busser, who names the award, was a tireless advocate for workers’ rights. She served as a researcher and deputy director of the International Trade Union Confederation (ITUC) for a decade and died in 2019 after a tough battle with cancer.

The ILO, creator of the award, is a multilateral agency of the United Nations (UN) focused on labor regulation, based on compliance with international conventions and recommendations.