Haitian student Jac-Ssone Alerte grew up in a community with no running water and no electricity, dreaming of going to college abroad. When he finished high school, he wrote letters to all the embassies that had diplomatic relations with Haiti.

Almost twenty years later, graduated in Civil Engineering at the Federal University of Rio de Janeiro (UFRJ), he returned to the community where he grew up and leads a project to build self-sustainable villages.

One of the engineer’s motivations is to build resistant and durable houses, to prevent more people from dying from earthquakes.

The 7.2 magnitude earthquake that hit southern Haiti last Saturday (14) left nearly 2,200 dead and nearly 60,000 homes in the country. In the neighborhood where Jac-Ssone lives, just over 200 km from the capital Port-au-Prince and 100 km from the epicenter, only two houses survived, out of a total of one hundred – precisely the ones he built.

Between pains and dreams

Due to the location and the precariousness of the infrastructure, Don de l’Amitié was beset by several natural disasters in this century.

The earthquake that killed 300,000 Haitians in 2010 changed the plans of Jac-Ssone, who was studying Dentistry in Brazil. Hearing that millions of compatriots were homeless, he decided to move to another area.

In the penultimate year of the Engineering course, the Haitian also followed from afar the damage caused by hurricane Matthew.

“I saw the country being destroyed and I thought about what I could do to change the complex future that lay ahead”, he says.

Jac-Ssone Alert, on graduation day, with an ecological brick in hand / Personal archive

Also in 2016, Jac-Ssone lost her mother Marie to diabetes.

“She left me three lessons. The first is that we have to love what we do. The second was about education: you have to study hard to get out of the darkness. The last one has to do with identity. She said that I had to assume to the world that I am Haitian, and never forget where I was born”, recalls the engineer.

This sequence of tragic events was decisive in the creation of the Village Marie project, named after Jac-Ssone’s mother.

With his diploma in his bag, the Haitian returned home at the end of 2019, months before the pandemic.

“When I arrived, my community was a farm. There was no power, everyone used candles at night. There was no water, no safe house. talking to you now [pela internet], it feels like I’m in Europe!”, he jokes.

“Everyone wants to change the world, but nobody wants to change their community, their home. And I set out to create the first model of a self-sustaining and intelligent community in Haiti, with resistant houses, technology and leisure. We selected 15 families from a universe of a hundred who lived in Don de l’Amitié.” 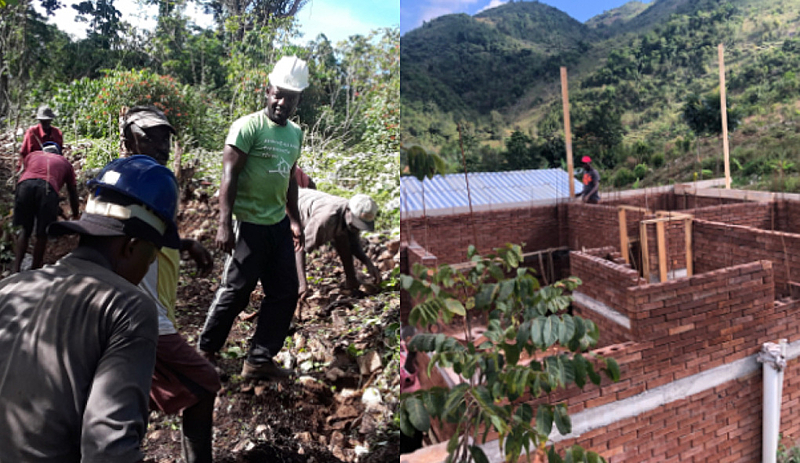 The first task of the Village Marie project was to organize people. “What I wanted was to do grassroots innovation. In other words, taking complex knowledge from the university and taking it to common people”, he says. “We started from scratch. We even had to do the road, until the Village actually started.”

The brick used to build the houses is ecological and smart.

“It’s very simple. The same soil you take to make the foundation, you treat it with water and get the brick. It’s wonderful, and it doesn’t emit CO2”, emphasizes the engineer.

“It’s not my doing, I’m just improving it. The innovation here is less in the brick than in the process, in the house’s production line. Here in the Village, we try to concentrate all the innovation in the world in one space.”

why houses are safe

Jac-Ssone works with the concept of a para-seismic house, in other words, a resistant and durable house that, in the worst case, “warn” before it falls.

“In the face of an earthquake of great magnitude, the ecological brick will loosen little pieces, and that gives time for those inside to get out. There is no possibility of a house falling on your head, and that’s what kills the most”, he explains. 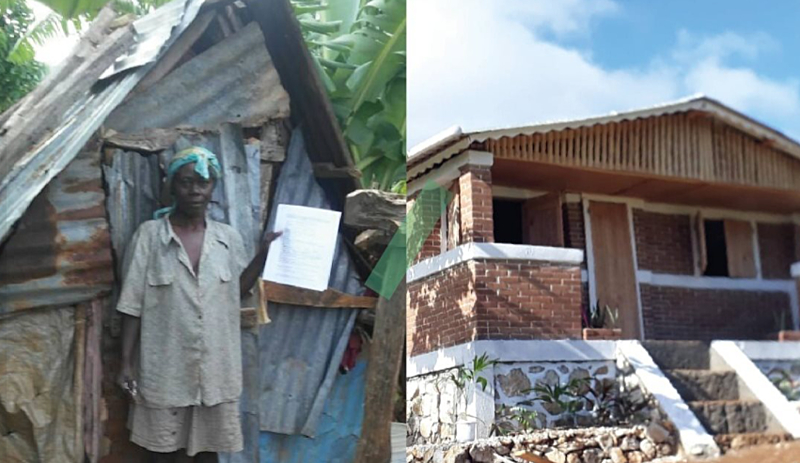 The before and after of Teresa’s house, the first to benefit from the project / Publicity / Village Marie

What keeps the house standing is not the brick itself, but the structure, which involves specific techniques. The final cost is approximately R$30 thousand. With ten people working on the project, the minimum time to erect a house in these molds is 24 days, if there is no bad weather.

“And we’re proving the strength of homes in the worst-case scenario, which is an earthquake and then a cyclone,” notes the engineer.

“Our two houses were left standing, as well as the two that are under construction. Everything else fell to the ground: 90% of the houses in the community were destroyed, collapsed entirely, and in the others there was only a piece of wood, a slab.”

The Village Marie project relies on crowdfunding, and most are Brazilian donors.

“I can’t sell to the world that our house doesn’t fall. The Village house may fall, depending on the earthquake’s movement, which is random, but it doesn’t fall all at once and it won’t kill you,” guarantees Jac-Ssone.

“Being here in the community where I grew up, and now back, bringing hope, I think it’s amazing. The earthquake is powerful, it may be much bigger than us, but we cannot escape the problem. We have to face it and try to solve it”, concludes.