The 1st Mostra Samambaia de Cinema in digital format starts this weekend, with training activities and exhibition of short films produced in the Federal District.

The non-competitive exhibition will take place on November 20th and 21st and the workshop, roundtable and debate on November 21st, 22nd and 23rd respectively, with resources from the Federal District’s Cultural Support Fund.

The event is a pioneer and will present eight short films made in the Federal District that were selected through a public call, and each selected will receive a fee. Aiming to contribute to the increase of local cinematographic production, a workshop with Gabriele Fernanda will be offered free of charge.

The selected films were: capikaran by Rodrigo D’Alcântara, Benevolent by Thiago Nunes, Bums by Gabriel Ferreira and Paloma Oliveira, Quintal de Meimei Bastos, is there a social today? by Kaio Luan Pereira de Aquino, technogenesis of Collective No Name, The City of Three Girls by Leandro Conde, and Black Affection by João Sena and Pedro Nunes.

Debut this Saturday, the 20th, the show The 7 Deadly Sins adapted from the opera by Kurt Weill, directed by Carlos Laredo.

Adapting classic shows to the Brazilian context is something common in the arts universe. However, adapting a German opera to the context of the Federal District is something new. So will the show The 7 Deadly Sins, which will circulate through the regions of Gama, Plano Piloto and Taguatinga.

The 7 Capital Sins of the Petty Bourgeois, or Die sieben Todsünden, was composed by Kurt Weill for a German libretto by Bertolt Brecht in 1933. It was the last major collaboration between Weill and Brecht. Nearly 1,500 years after St. Gregory listed the Deadly Sins, they are increasingly practiced routinely by people without the slightest guilt complex.

The opera, which stars Anna I (who sings) and Anna II (who dances), translating two facets of a personality: a nice one and a sarcastic one, has resources from the Federal District’s Cultural Support Fund.

Saturdays at 6pm and 8pm

Free admission, except sessions in Plano Piloto (tickets through Sympla)

This Saturday, the 20th, the 2nd Edition of the Exhibition Fair Sobradinho Artístico will take place at Complexo Esportivo de Sobradinho.

Sobradinho Artístico consists of a group of women artists, from Sobradinho 1 and 2, who seek to work collaboratively for all artists in the city, thus aiming to provide cultural events, workshops and entrepreneurship opportunities.

The Exhibition Fair was designed to bring together artists and make their work accessible to the local community, also thinking about the importance of showing all the ways that art can provide.

In this second edition, there will be around 30 artists, some from the surrounding cities, such as Cidade Ocidental, São Sebastião, Paranoá, Ceilândia, Valparaiso, Gama, Taguatinga and Santa Maria. The event will feature exhibitors, music, dance, photography, graffiti and much more. 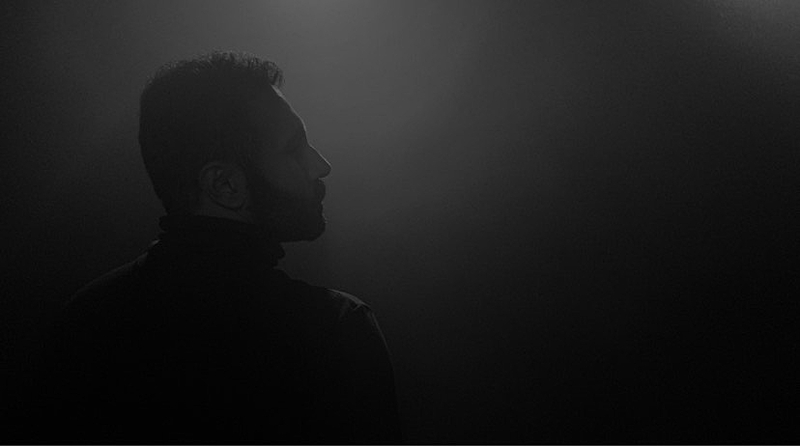 The virtual dramatic readings project was born with the demand to somehow keep the theater alive. / Photo: Paola Veiga

The Multicultural Center Casa dos Quatro presents on Sunday, the 21st, the dramatic reading My monologue and I, within the Connecting Windows project.

The virtual dramatic readings project was born with the demand to somehow keep the theater alive. In this face-to-face edition, they receive the text by Rafael Salmona my monologue and me, with excerpts from texts, poetry and excerpts from authorial shows that portray relationships and internal reconstructions in the face of the routine of life.

Under the direction of Alexandre Ribondi, actor-readers Rafael Antonangelo, Rafael Salmona and Rebeca Reis give life to a fiction of reality. The reading will have a soundtrack performed live by musician Mario Alves.

The independent space located in Asa Norte reopens after almost two years, in a safe way, with the audience limited to 25 people, and mandatory use of a mask throughout the presentation. The event will also be broadcast live on Youtube.

Dramatic Reading My Monologue and Me

Return to the stages 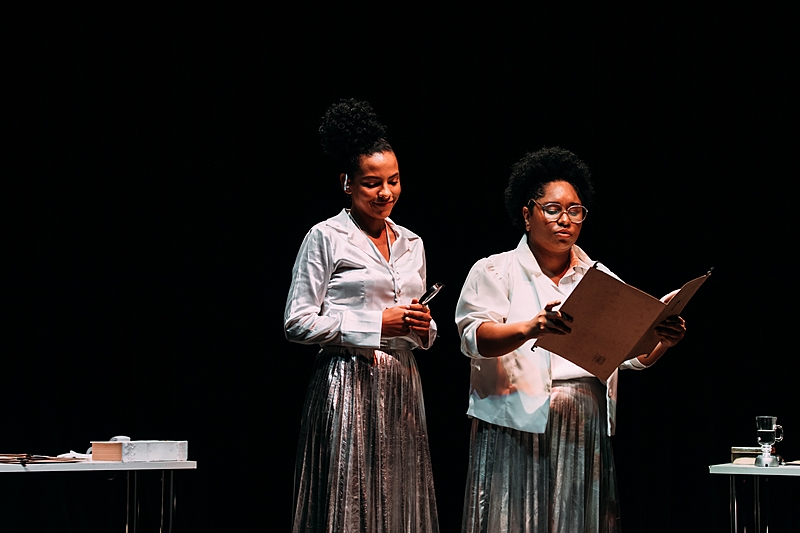 Grupo Embaraça is back with the show Extension 003 running virtually until the 28th of November.

After nearly two years away from the stage, Fernanda Jacob and Tuanny Araujo return with the show Extension 003 in online format. The first sessions, on November 18th and 19th, will take place on the Espaço Pé Direito channel on Facebook. Until the 28th, the channels of Mercado Sul Vive, Casa dos Quatro and Semente Cia. de Teatro on YouTube will also broadcast the play.

Contemplated with the notice of circulation of the Fund for Support to Culture of the DF, Extension 003 brings a look at comicity where important issues are treated with lightness and affirmation. The play is a fictional narrative where the focus is not on a theme that explicitly crosses blackness, but on how the characters lead the story that is told.

Grupo Embaraça was created in 2012, at the University of Brasília, when black actresses came together to bring dramaturgies that traversed blackness to the stage. The founders, Fernanda Jacob and Tuanny Araujo, work, write, direct and coordinate all phases of creation of the works.

Thursday to Sunday, always at 8pm 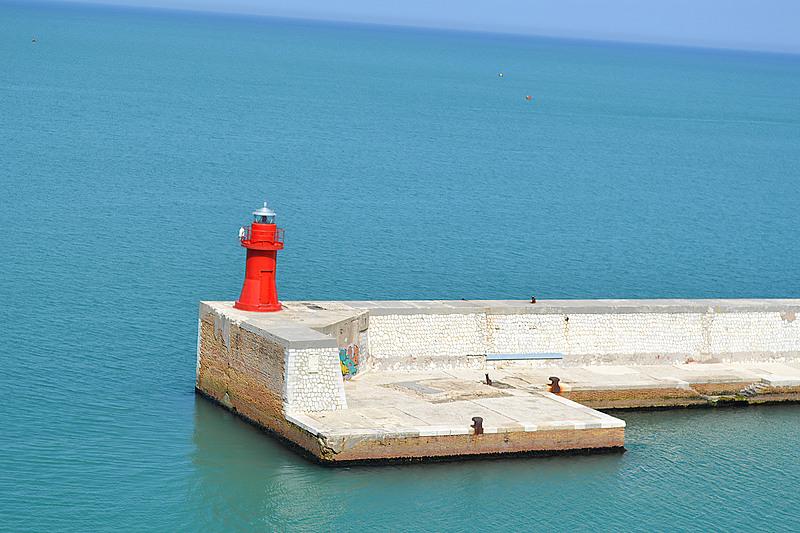 Starting on November 23, the Parangolé Gallery at the Renato Russo Cultural Space will host the photographic exhibition On the road by Fernando Barros.

Curated by Marília Panitz, the exhibition features a collection of 88 photographic records by Fernando Barros. The exhibition, which will be on display at the Renato Russo Cultural Space from November 23, 2021 to January 30, 2022, stems from travel records that shine for their aesthetic aspects.

On the road it is shared in six cores, with an average of 14 photos each, and two of them establish a certain reading pedagogy. With a similar composition, the European wall painted centuries ago and the fruit cart from an island in Africa come together in their color palette and motif, eliminating distances, however, maintaining the differences.

Fernando Barros has been capturing snapshots around the world for a long time. Differently from the touristic record, his photos have the bias of imagery research, of framing and cutting possibilities of what the foreign gaze captures, when faced with other horizons.

On the road exhibition

Every Wednesday there is a fair day in Beco at Ocupação Mercado Sul Vive in Taguatinga Sul.

Supporting local entrepreneurship, the Beco da Cultura of the Sul Vive Market opens its doors for producers in the region to exhibit their work, throughout the Wednesday morning. Crochet, natural cosmetics, handicrafts, massages and cakes in the pot are some of the items available to the public.

Walking historically with the city of Taguatinga, the Mercado Sul was built in the 1950s, even before the inauguration of Brasília, being one of the first commercial centers in the DF. Today, the place celebrates, day by day, a fusion of doings and knowledge of people and actions that passed through and stayed there.

Friday to Monday at 8pm

Saturdays and Sundays, always at 4pm

Fair in the Industry

Every day from 9am to 5pm

*Pedro Caroca is an actor, producer and cultural manager at V4 Cultural and is a contributor to Brasil de Fato in the Cultura editorship