The meteoric career of country singer Marília Mendonça, abruptly interrupted by a plane accident last Friday (5), was marked not only by her successes, but also by bringing to light, on stage and in the lyrics, issues related to female protagonism , standards of beauty and inequalities in affective relationships. So much so that, a little more than 24 hours after his burial, new controversies around these issues took over social networks.

:: Investigations into the accident that killed Marília Mendonça advance; plane had no black box ::

An article in Folha de São Paulo, published hours after the plane crash and signed by historian Gustavo Alonso, sparked discussions and, over the weekend, was the target of criticism and debate on social media.

In the text, Alonso analyzed the career of the 26-year-old girl in a mostly complimentary way, noting that Mendonça was “undoubtedly the most recognized” artist not only of the so-called feminejo, but of all country music. The author exemplified how the machismo of show business marked the career of Marília Mendonça, citing that, at first, her compositions were supplied to male singers.

The sections that generated controversy were others, however. “She was never an excellent singer. Her look was also not the most attractive for the country music market”, wrote the columnist.

He continued: “Marília Mendonça was chubby and struggled with the scales. More recently, during her quarantine, she had been carrying out a radical regime that had surprised many. She was also becoming beautiful for the market.”

Posts and texts in response to the article multiplied on the internet, one of them in the sheet, signed by screenwriter Mariliz Pereira Jorge, under the title “Women are judged by their appearance even when they die”.

The singer Teresa Cristina featured, in a demonstration at twitter, the text as “insensitive, sexist and fat phobic”. Débora Diniz, an anthropologist and active in the areas of bioethics and reproductive rights, stated that the publication was a sample “of how patriarchy operates”.

With about 40 million followers on the Instagram and the award for “Best Sertaneja Music Album” from the Latin Grammy, the themes sung by Marília Mendonça reach a huge audience in Brazil.

Chanting in first person the version of the betrayed woman, the lover, the prostitute or the friend who gives advice, his short and unconventional 14 years of career were enough for him to become the most famous exponent of feminejo.

The singer leaves a child just under two years old. After becoming a mother, she received criticism for appearing in public with a glass of beer in her hand. In the pandemic, he made a live holding a mug bearing the phrase “there is a chance this is beer”.

In interviews, in his compositions or on stage presentation, Mendonça brought up issues such as overcoming abusive relationships, self-esteem and criticism of the imposition of standards of beauty on women. 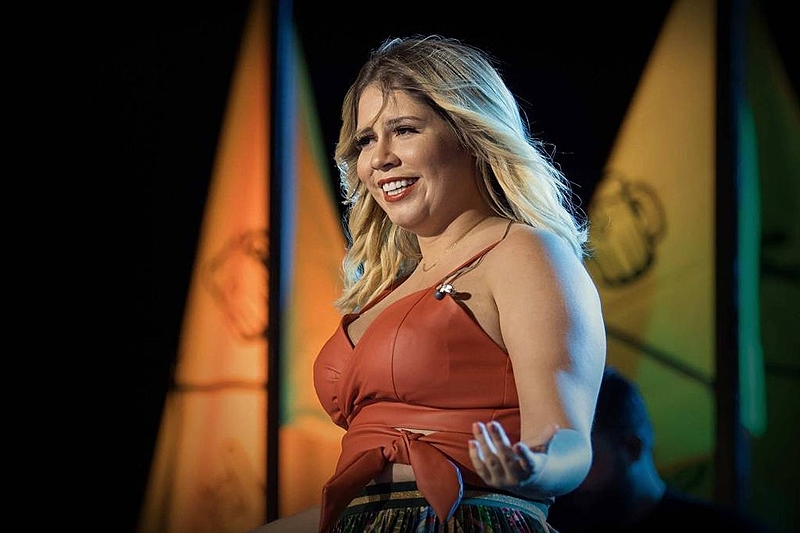 Marília Mendonça was 26 years old, born in Goiás and has become one of the main composers and pop stars in the backcountry musical world in recent years / Disclosure

During the 2018 elections, she was one of the few in her area to take a stand against then-candidate Jair Bolsonaro.

In response to an invitation from the singer Maria Gadú, on the occasion Marilia Mendonça posted a video on the Instagram saying: “We don’t need this backlash, I’m a woman who struggled a lot together with other women in the sertanejo to break all kinds of prejudices within a completely sexist market and, for sure, Marília Mendonça is #EleNo”.

Afterwards, however, Mendonça deleted the publication and apologized. “My mother has been receiving attacks as much as the rest of my family who do not share the same opinion as mine” he justified on the networks, saying he would remain silent on political issues and asking for peace.

In an interview with sheet in 2017, Marília Mendonça commented on how happy she was for having encouraged a “band of women” to talk about “subjects that we really live”. About being a feminist or not, she replied that she defends, perhaps, precisely what is at the center of internet discussions after her death: “A woman can be whatever she wants, that’s the flag I raise”.