The last weekend was marked by the national mobilization of rural movements in solidarity with the family of Quebradeira de Coco Babaçu Maria José Rodrigues, 78 years old, and her son, José do Carmo Corrêa Júnior, 38 years old, fatal victims of the practice illegal felling of palm trees with heavy machinery in the Boa Esperança Community, in the municipality of Penalva (MA).

According to information from the National Council of Extractive Populations (CNS), the two were collecting babassu coconuts when they were hit by a palm tree that was felled by heavy machinery, on the orders of a farmer in the region involved in agrarian conflicts.

“The National Council of Extractive Populations will demand all possible measures so that this crime does not go unpunished. So that the life of the partner and her child is not in vain. We will demand justice and we will be together with our companions in this fight against the genocide of our people”, says an excerpt from a video released by the secretary general of the CNS, Dione Torquato.

Access to babassu is regulated in the state, with free access for breakers and ban on felling / Mariana Castro

The extraction of babassu coconuts is one of the greatest productive forces in Maranhão, second only to agriculture and livestock. The activity of collecting and breaking is done in a traditional way and, according to the State Secretariat for Family Agriculture (SAF), currently involves around 300,000 women in the state.

Coordinator of the Interstate Movement of Coco Babaçu Quebradeiras (MIQCB) and one of those responsible for drafting and approving the Free Babaçu Law, which allows free access to babaçu trees in the region and prohibits the felling of palm trees, Maria Alaídes laments the death and reinforces the need of constant struggle in defense of the preservation of the Amazon, the practice of extractivism and life. 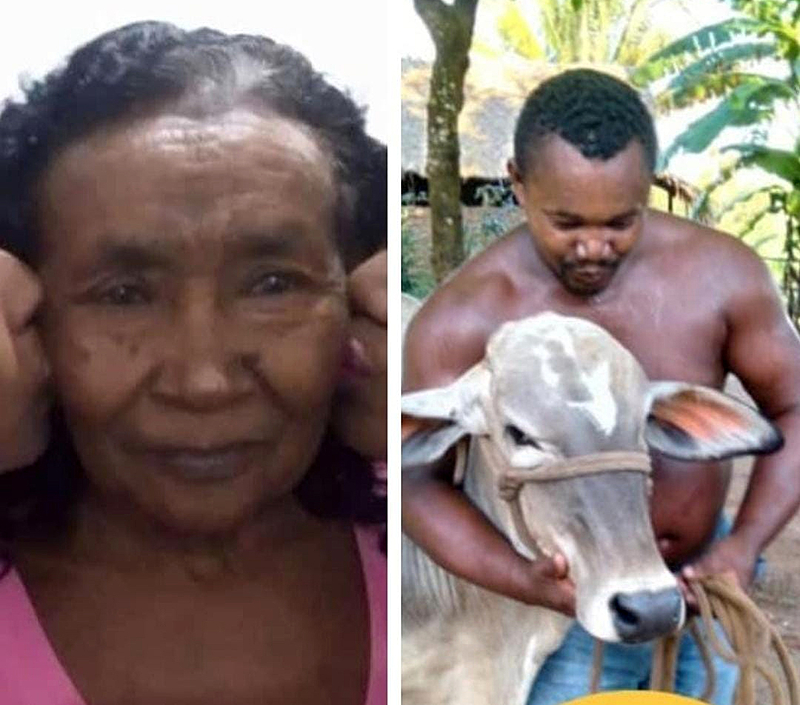 Maria José Rodrigues and her son José do Carmo Corrêa Júnior, victims of the felling of trees in Penalva (MA) / Reproduction

“More than ever, now we have to hold hands in this great movement and say that we vehemently protest the absurd attitude of the ignorant about the people who struggle to live, the people who struggle for preservation, for the Amazon and for extractivism. We now address our condolences in this moment of pain and sadness, transforming it into a struggle”, declares Maria Alaídes.

Since 2013, the MIQCB has been claiming the creation of the Enseada da Mata Extractive Reserve, where the case was registered, as well as new processes for the creation of Conservation Units (CU) for sustainable use in the Baixada Maranhense region, with the aim of preserving resources and to allow the access of traditional communities to babaçuais safely.

:: From the husk to the chestnut: babassu coconut is a source of income for thousands of settlers in TO ::

With the advance of monoculture of soy, corn and eucalyptus, in addition to the licensing of international projects, Maranhão currently ranks second in cases of agrarian conflicts, only behind the state of Pará, according to a report by the Pastoral Commission Documentation Center of the Earth (CPT) Dom Tomás Balduíno.

Attorney for the Federation of Rural Workers of the State of Maranhão (FETAEMA), Diogo Cabral has been monitoring several situations of violence and following up on cases of threatened families, especially after the advance of the agricultural frontier in the state.

“This frontier has invaded the territories of communities that have been based on the countryside for centuries, living in a traditional way with their ways of being, doing and thinking. On the other hand, the state, which has stimulated the advance of this agricultural frontier, does not guarantee these communities, duly, the legal protection of their territories”, explains Cabral.

Cabral reinforces that in addition to investigating the deaths in the municipality of Penalva, it is necessary to investigate the practice of felling palm trees, protected by law in the state of Maranhão.

“The babassu palm trees are protected by the constitution of the state of Maranhão and some municipalities also have the Free Babaçu Law. The felling of palm groves is not allowed, so it is necessary, above all, in addition to investigating the deaths of the two workers, to investigate the offense committed , bearing in mind that the workers were killed when they broke the babassu coconut and the babassu was overthrown by heavy machinery, by a bulldozer”.

FETAEMA was one of the entities, together with MIQCB and CNS, to activate the Military Police and the State Commission for the Prevention of Violence in the Country and in the City (COECV), an agency that makes up the State Secretariat for Human Rights and Popular Participation (SEDIHPOP ) for investigation and follow-up of the case. 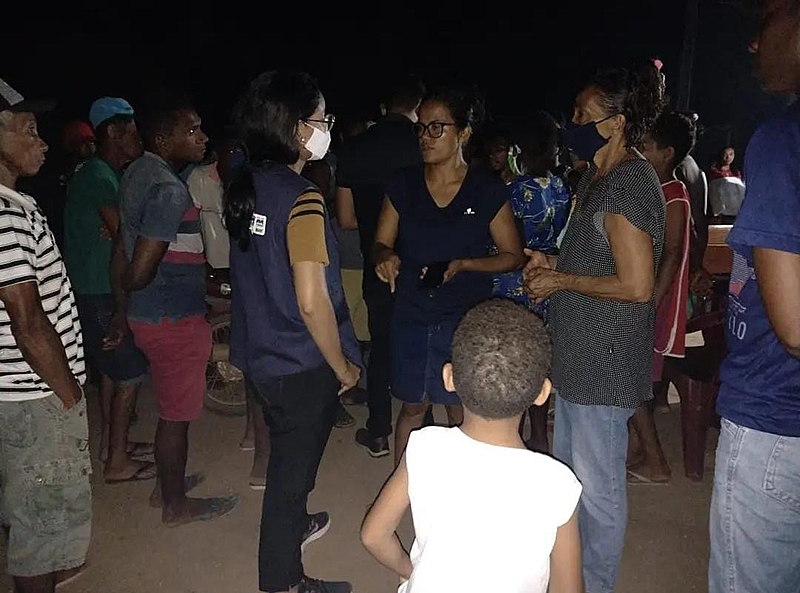 On Saturday afternoon (13), the COECV sent a technical team to the municipality of Penalva to investigate the facts and registered complaints of agrarian conflicts involving other areas in the region, such as the Enseada da Mata Quilombola Territory.

“Social and environmental conflicts have been reported in the area, which involves deforestation and the installation of electric fences, which have threatened the way of life of residents, who live off fishing and the babassu chain. The deaths were associated with these crimes by the residents”, says a SEDIHPOP publication on a social network.

The teams undertook to forward an investigation report to the competent bodies, ranging from the State Public Prosecutor’s Office and regional Defenders, the Agrarian and local Police Station, in addition to the Environment Secretariat to investigate the complaints and request information on the granting of environmental licenses .