Diego Alex, 34, was brutally killed with 10 stab wounds in front of the community space where he grew up and helped rebuild: the Headquarters (Grêmio Recreativo Mutirão e Amizade).

The barbaric crime happened last Friday (24), in front of the institution’s headquarters, which is located in Sapopemba, in the east side of São Paulo.

“What we have is that he (Diego) realized that the guy was going to make an attack, he went after him, tried to talk, to find out why, and ended up being killed”, says Marcelo Silveira, current president of the headquarters.

Diego Alex beside his wife. Both have two small children / Personal Archive

Throughout its 35-year history, the space had never been a victim of ideological attacks – which, according to Silveira, would have been the cause of the murder of her colleague.

Discrimination, a new and sad reality for those living in space, began to appear in mid-2021. In June, Molotov cocktails were hurled towards Headquarters.

Shortly thereafter, glue was found in the locks and cement at the entrance gate. The intent: to keep out members and visitors.

In all actions, the presence of a hooded boy is noticed on security cameras, who would have been the author of the crime last Friday (24). Police, however, are still investigating the suspect.

The same person with a hood would also have cut the wire from the security camera of a director of the institution – who lives across the street – and written the word “No” on his car.

Founded to encourage and promote cultural, sporting and educational activities within the Teotônio Vilela-Sapopemba region, Headquarters is the daughter of workers and created as a space for resistance to the military regime. 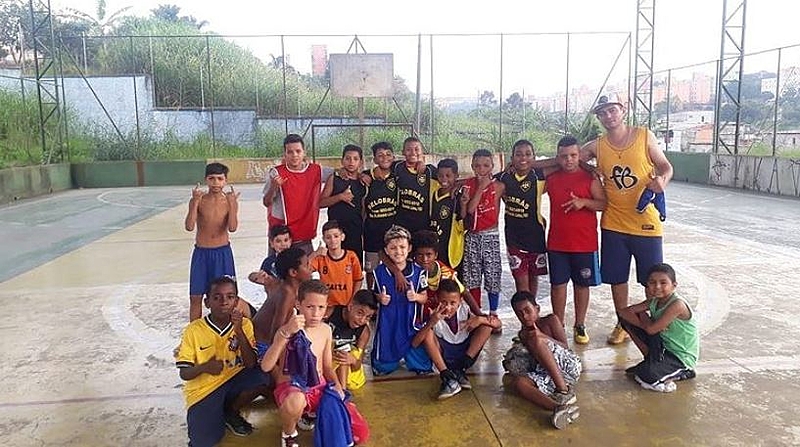 “The creation of the space came from political resistance to the dictatorship, it comes from a working class school. So, there is already this ideological resistance bias. But here there was never a political party, we never supported anyone. It has always been very collective, very communitarian, very open to proposals from the local culture itself, which is hip hop, rap, graffiti, the women’s group, maracatu”, explains the institution’s president.

Amidst the pandemic, the space was covered by the Aldir Blanc law, a conquest of the artistic class that encouraged activities and community groups across the country.

One of the contributions to the Headquarters was aimed at restoring the space. Diego, “very dear and calm” by all who knew him, was responsible for running the reform.

“Diego has known the space since he was a child. He participated a lot in it in different contexts”, explains Silveira.

In addition to his talent in construction, the father who leaves behind two children was one of the main supporters of the Maracatu group of the Agô Anama group, very active and adored in the neighborhood. 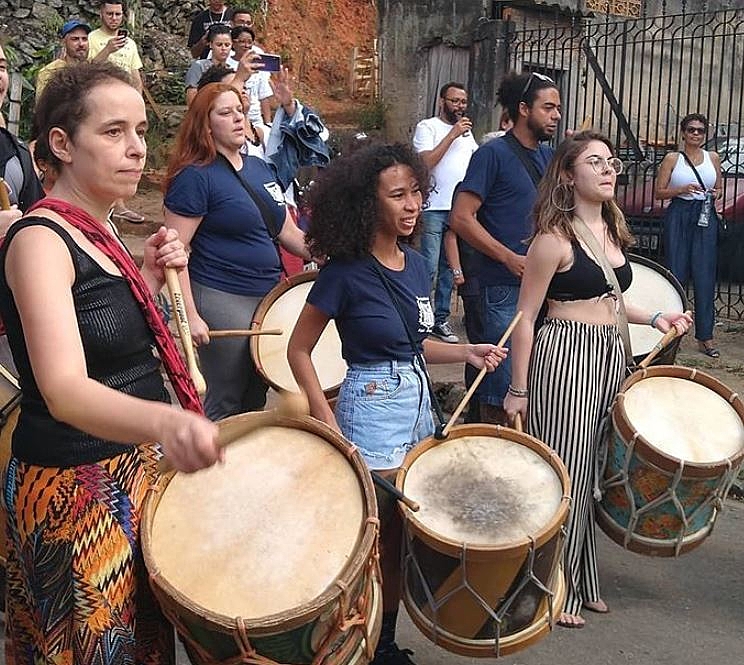 In 2019, the Maracatu from the Agô Anama group presented to the community. The Afro-Brazilian rhythm was one of Diego Alex / SEDE’s passions

In addition to the initiative, other collectives also carry out work within the site. This is the case of the teaching of graffiti by Família Febre, the practice of Rap by Arma Mentes, soccer classes for children in Bairro 13, and meetings that discuss gender equality promoted by the Mulheres do Vilela.

“We provoke in the sense of noise, of leaving doors open for LGBT’s, for women, for people who leave jail, we always hug, help the children, there’s football for the children in the neighborhood… I think that this is the intolerance that we participate in”, concludes Silveira.