Next to where the Jardim de Alá Channel flows into the Leblon Sea, in the south of Rio de Janeiro, every Tuesday and Thursday the two colored nets of Instituto Levante are set up. The project, organized by athlete Carol Solberg, promotes free beach volleyball classes for children and teenagers, aged between 6 and 16, from Rio de Janeiro communities.

On the sands, without ceremony, children and parents are welcomed by the athlete and by volunteer professionals who take turns in their activities to ensure their presence in classes. At the end of training, after exercises and games, the children line up to receive a snack: a juice donated by a natural food company and a sandwich made at home by the team itself.

Started three weeks ago, the project has been gestating since before the pandemic as an old dream of Carol. She is responsible for seeking out and bringing together all those who now make up the institute’s team by getting them excited about the project’s idea. Altogether, Levante is made up of 11 professionals, including teachers, administrators and a psychologist. All with experience from other social projects.

“I used to work with Carol’s husband and after I left the company in 2019, she called me saying she had the idea for the project, still gestating, with all her strength and strength, she said: ‘Let’s go?’. There was no way to refuse. It even gives me goosebumps to say, everyone here has a lot of blood in their eyes to help these children”, says Marcela Pessoa, responsible for the administration of the institute.

Also read: How did we get to the point of living everyday with the unacceptable?

Conversations began in 2019 to structure the project’s objectives, strategies on how to reach children and which communities would be served. At the same time, bureaucracy was being resolved to formalize the Levant as an NGO. With the pandemic, the project was postponed and only resumed this month, after the drop in the number of cases and deaths across the country.

Conversations began in 2019 to structure the project’s objectives, strategies on how to reach children and which communities would be served / Tereza Pinho

“I have two children and I vibrate so much when they have a nice day, play sports, have a delicious snack. I thought I didn’t need to have a big project, the main thing is that the kids are here having fun. We are doing it in love, everyone is a volunteer. The day before we see who can make the sandwiches, we take turns getting one thing here and another there. I turned the biggest poker face. When the person sees my name on the phone he thinks: ‘help is Carol asking for something for the Levante’. I hope that one day we will be more organized in this regard, but now everything is being done like this: at will”, explains the athlete.

The beach volleyball player believes in the sport as an engine of transformation and in the project as a way to share a little of everything she has achieved in her career in recent years.

Read also: “Neutrality has to be an option and not an imposition on the athlete”, says Carol Solberg

“Sport gave me so much in childhood and adolescence. I was a privileged girl who had access to so many things, but even so, sport was a watershed in my life. I really believe in the power of sport to open doors to so many other opportunities. Also to teach to respect the other’s limits, to help the partner. May they learn that this belongs to everyone, that the project is theirs too”, he adds. 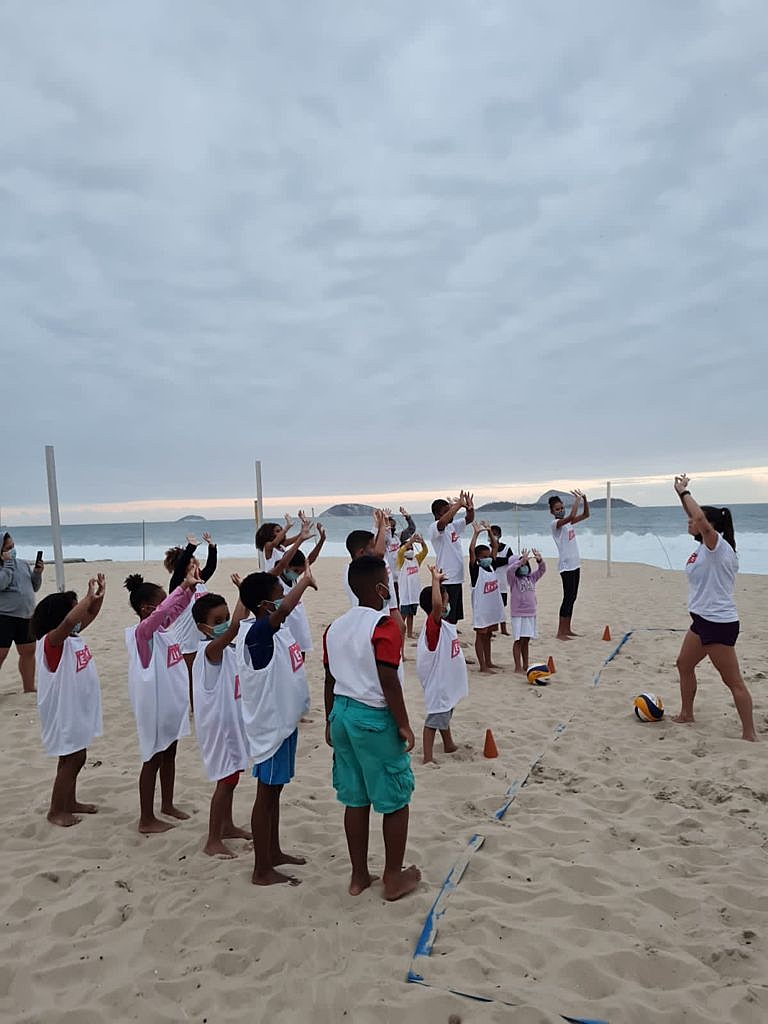 In less than a month, the project has 59 subscribers, almost 20 more children than the 40 places initially planned / Tereza Pinho

It was thinking of the discipline that sport teaches that the resident of Vidigal, in the South Zone of Rio, Márcia Venâncio enrolled her 11-year-old daughter Marina and 6-year-old granddaughter Maria in the project. The primary teacher also thought of the classes as a way to resocialize the girls, after being at home for a long time due to the period of social isolation.

“Not [as inscrevi] because I want the girls to be volleyball players, but because I know the importance of sport to form better human beings, to encourage children to seek a better future. The pandemic left the poor poorer and the rich maintained a good life, but they do not want to help, inequality has worsened. We lost a lot of people close to us during this period, the children were harmed, afraid. It was very sad. Now we are trying to gradually resume activities so that they can go back to being children again”, she says.

A neighbor of Márcia, Andrea Pereira also enrolled her 13-year-old daughter Ana Carolina in the project with the aim of taking the teenager off the couch and off the screens of computers and cell phones. The two walk about an hour from home to the beach for classes every Tuesday and Thursday.

“I love volleyball, I always follow it. I’m thinking it’s really good for her to socialize. Sport is good for everything, she is more attentive, less dispersed. I like her to get off the couch, get up, have discipline. I also work on a social project, I think it’s really valuable, I support. Everything my daughter managed to do until today was the result of a social project. It’s very important for us”, he says. 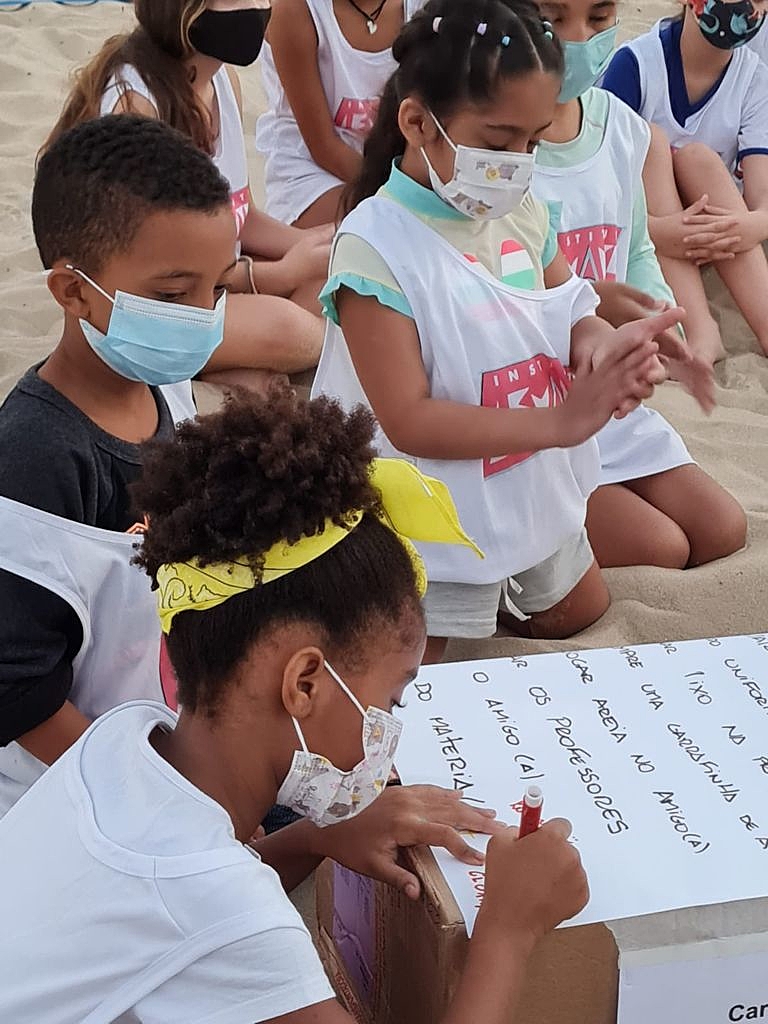 It was thinking of the discipline that sport teaches that the resident of Vidigal, in the South Zone of Rio, Márcia Venâncio enrolled her daughter / Tereza Pinho

Ana Carolina has already invited her cousins ​​to enroll, as well as other children who called their friends and neighbors. In less than a month, classes have 59 enrolled, almost 20 more children than the 40 places initially planned. The idea is that the groups continue to grow, as well as the project’s structure.

For this, the institute is seeking support in all forms, which can be done through volunteer work, cash contributions or even donations of equipment and food for snacks. Contact for more information is by email: [email protected]

“There’s a phrase by Milton Santos that says ‘the city is the space for solidarity to happen’ and I really believe that. People think: ‘what’s the use of me doing something small?’ It does make a lot of difference. I look at it here and I think their day is going to be cooler after school and that makes me so happy. Of course, it is the government’s obligation to think about public policies that help people in various ways, but we, as human beings, need to exercise this side of us too”, concludes the athlete.