Brazil recorded this Wednesday (28) over 1,344 deaths by covid-19 in a 24-hour period, reaching 553,179 victims of the virus. The country is practically a day away from hitting the 555,000 people killed by the pandemic since the outbreak began in March of last year. There were 48,013 new infections in the period, totaling 19,797,086 . If on the one hand the numbers of infections and deaths drop while vaccination advances, the levels remain among the highest in the world.

According to a bulletin from the Oswaldo Cruz Foundation (Fiocruz), in 13 of the 27 states of the federation, at least one region shows a growing trend in the number of cases. All capitals have community transmission at a high, very high or extremely high level, says the institution. Seven of them with a tendency to worsen: Florianópolis, Fortaleza, Goiânia, Porto Alegre, Porto Velho, Rio Branco and Rio de Janeiro. In 14 other capitals, the trend is for a retreat, and in six, for stabilization.

::Delta variant of the covid virus is already in community transmission in Rio Grande do Sul::

The moving average of deaths is at its lowest level since February 22, with 1,082 victims each of the last seven days. The country has 19.33% of the population immunized with two doses and 50.49% has already received the first one. The World Health Organization (WHO) points to the need for over 80% of the population to be fully vaccinated to control the outbreak. There is still a shortage of vaccines in the country and large cities are following an uncertain calendar.

In São Paulo, isolation will end on August 1st

Scientists say the scenario inspires caution and non-pharmacological measures are still necessary, such as social distancing and the use of masks. The advance of the delta mutation of the coronavirus should put pressure on the number of cases in the coming weeks. The WHO warns that the viral strain, which is highly transmissible, must become dominant throughout the world. In Brazil, the gamma strain, or P1, continues to be the most widely circulated.

In the opposite direction to the recommended one, the governor of São Paulo, João Doria (PSDB), announced this Wednesday the end of the already fragile and ineffective health security measures in force in the state – by far the highest number of deaths and cases in the country .

From the first day of August, establishments will be able to receive 80% occupancy; today the limit is 60%. The opening hours were also extended, including for bars, from 11 pm to midnight. Doria also pointed out that, as of the 17th, the trend is to release all restrictions that are still in force. 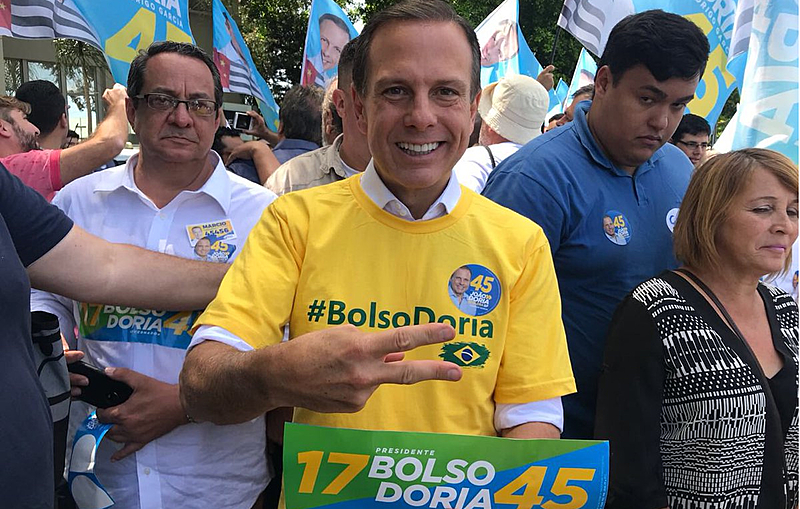 Allies during the 2018 elections, Jair Bolsonaro and João Doria are currently political enemies. The governor of São Paulo has a history of actions to dismantle the Unified Health System (SUS), and, consequently, public health. READ MORE / Disclosure / PSDB

The government uses as a basis what it considers “good indicators” of covid in São Paulo in recent weeks. “The permissions announced on Wednesday were based on the current scenario of pandemic control in São Paulo. Indicators from the Health Department show consistent reductions in the daily averages of new cases (-20.6%), hospitalizations (-18.3%) and deaths (-9.6%) caused by the coronavirus throughout the state”, states the Health’s Secretary.

However, the Fiocruz indicator points out that the rate of covid contamination throughout the state of São Paulo remains “extremely high”, with the exception of Vale do Ribeira and Baixada Santista, which have a “high” rate.

“The context highlights the need to maintain transmission mitigation measures. It is essential to be cautious with regard to measures to ease the distancing recommendations to reduce covid-19 transmission, as long as the downward trend has not been maintained long enough for the number of new cases to reach significantly low values,” says the researcher at Fiocruz Marcelo Gomes.

“There is also a need to reassess the flexibility already implemented in the states with signs of growth resumption or stabilization still at high levels”, completes the researcher.

::Doria proposed to cut investment in science on three occasions during the pandemic::

The delta variant undermines the effectiveness of vaccines, especially the first doses. Furthermore, studies show that it is up to 70% more transmissible. In the United States, after the suspension of social distancing and the use of masks, an increase of 131% in the contagion of the virus in the last month was observed. Deaths also increased. However, the country’s Center for Disease Control (CDC) points out that 93% of deaths are from people who refused to be vaccinated.

Faced with this problem, the US government resumed the guidance for the use of masks for everyone, including those who were vaccinated. The mayor of New York, Bill de Blasio, is studying a “award” of $100 for those who get vaccinated. The country has a wide supply of vaccines, but a wave of lies on social networks about the safety of immunization agents leads many Americans to refuse vaccination and, consecutively, the number of deaths in that country is growing.

However, De Blasio’s measure has been criticized, on the other hand, for rewarding latecomers in vaccination to the detriment of those who took it as soon as they could.