A barbecue brought together dozens of homeless people at dawn this Thursday (18th) in downtown São Paulo. The action took place where the “Golden Bull” is located, in front of the headquarters of B3, the São Paulo Stock Exchange.

The work is a replica of the Bull of Wall Street, a bronze sculpture in the financial district of New York, in the United States. The meeting was organized by SP Invisível, a non-governmental organization that works to defend the homeless population.

“A barbecue was chosen, as this semester the rise in food prices led many families to seek items such as beef fat and bones in butcher shops and even in dumpsters, in contrast to the golden bull erected in the center of São Paulo” , says the Invisible SP, in a note.

The “Golden Bull” has provoked a reaction from social movements and activists in São Paulo. In the last two nights, interventions were made in the sculpture. At dawn on Wednesday (17), a group put up a poster with the word “hunger”.

“In such an unequal time that we live, real progress is in looking and helping others. If you want to have a bull, let it be for those who are hungry. If it is to have gold, let it be for a sustainable economy”, says the co-founder of the project and current president of the NGO, André Soler.

“The animal is a symbol of optimism and prosperity in the financial market, but it came in non-optimistic times, in which we see more and more hungry people, more expensive markets and unemployment taking care of homes”, says SP Invisível, in a statement .

The action is also part of a pre-activation of Christmas Invisível, a solidarity meal that SP Invisível makes every year to celebrate Christmas with the homeless population.

This year, this year’s Invisible Christmas intends to attack hunger in the short and long term with a meal for homeless people, in partnership with Cisarte, and also raise a food bank “to subsidize, over a few months, several projects that they are on the streets daily fighting the hunger of this population”. In all, 22 thousand people will be served. 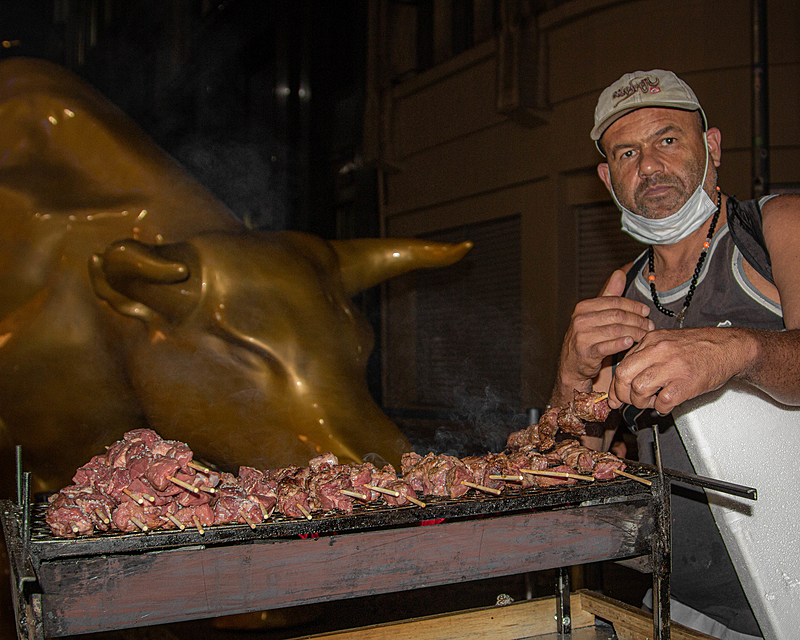 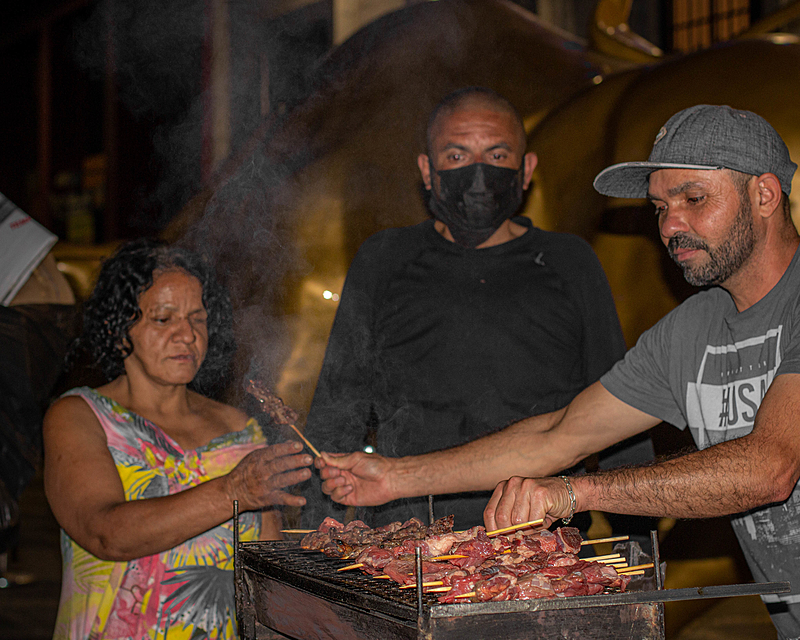 This Thursday morning, the Together Movement also performed an intervention in the “Golden Bull”. The phrases “tax the rich” and “juntos.org.br” were painted on the gilded sculpture that seeks to imitate the bull of Wall Street.

“The intervention in the sculpture inaugurated in front of the São Paulo Stock Exchange is part of the campaign of our movement that seeks to say that Neither hunger nor billionaires should exist: tax the rich to fight the crisis. We will continue to seek to expose the contradiction between the existence of billionaires while the people live in search of ox bones and chicken carcasses,” the group said in a statement. 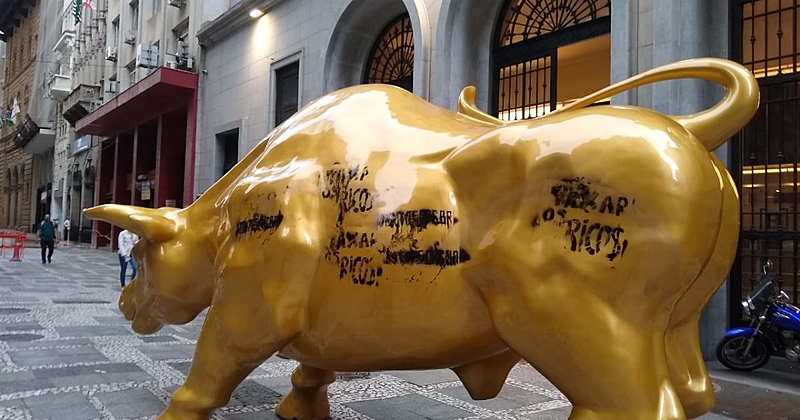