The Court of Justice of the European Union (TJUE) annulled, this Wednesday (29), trade agreements with Morocco that include Western Sahara. This territory, rich in phosphates and with one of the richest fishing zones on the planet, is considered the last African colony.

Independent of Spain since 1975 and target of illegal occupation by Morocco, Western Sahara is in North Africa, facing the Atlantic Ocean. Since 1960, it has been part of the United Nations list of non-autonomous territories in the process of decolonization.

The EU decision accepted two of the three requests made by the Polisario Front, a movement for self-determination in Western Sahara: the annulment of the free trade agreements and the fisheries agreement.

The Polisario Front argues that these pacts violate international law, in that they ignore the specificities of a territory undergoing decolonization and deprive the 650,000 Saharawis of enjoying its resources.

The importance of the decision

The agreements canceled on Wednesday between the EU and Morocco were in force since 2006 and established the liberalization of trade in agricultural products and fish and seafood.

Today, more than 90% of the fish products commercialized by Morocco in the European Union come from Saharawi territory – which generates about 52 million euros (about 329 million reais) per year.

The decision is considered historic because it expresses the recognition of Western Sahara as a third actor, with rights to be considered, in the relationship between Morocco and the European Union.

In other words, their territories and resources can only be included in international agreements with the explicit support of the local population, whose main representation is the Polisario Front.

Between 1975 and 1991, more than ten thousand people were killed in the armed conflict between Morocco and the Polisario Front.

Three decades ago, the UN promised to carry out a public consultation on Sahrawi self-determination, through a referendum – which never took place.

In this context, a ceasefire agreement was signed, broken in November 2020, after a Moroccan attack on the region of the so-called “Guerguerat Rift”, southern portion of Western Sahara. 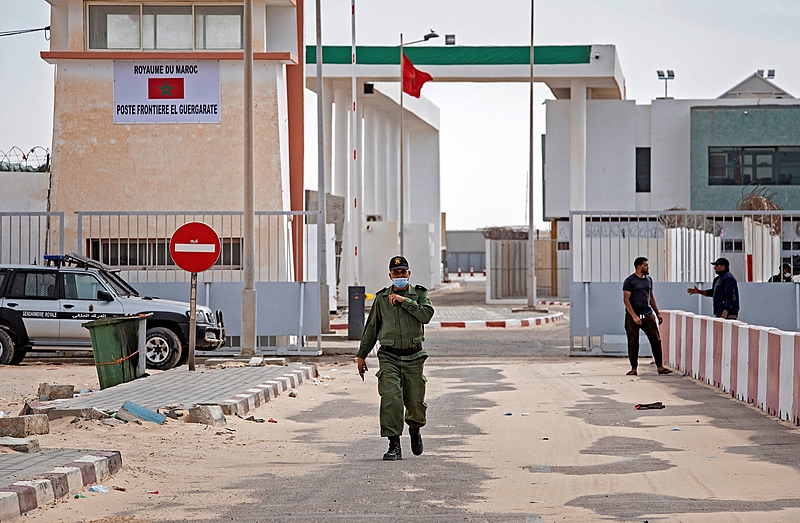 Moroccan army outpost in Guerguerat, occupied territory of Western Sahara, on the Saharawi border with Mauritania in 2020. / FADEL SENNA / AFP

As there was no UN reaction to the attack, the Saharawis declared a “state of war” and returned to armed struggle.

Since then, clashes, aggressions and kidnappings have intensified along the so-called Wall of Shame, with its 2,700 km built with the advice of Israel and guarded by more than 150,000 Moroccan soldiers.