This coming Saturday, September 11th, we have the twenty-year milestone of the moment when a group of young people kamikaze it carried out the deadliest attack on US soil since World War II, when the Japanese attacked Pearl Harbor in Hawaii.

For the first time, the world was witnessing the horror of a terrorist attack in real time. Images of people jumping into the void to escape death by fire were just a picture of extreme despair on one side. The apocalyptic images of the Twin Towers were accompanied by screams, whether in the streets of Manhattan or by millions of TV viewers watching the heinous attack.

The desperation and contempt for life contained in those attacks are matched by the latest images of young Afghans trying to flee their country clinging to a US cargo plane taking off from Kabul airport and falling into the void.

The official number of kamikazes who died in 2001 is 19, of which 15 were Saudis with close ties to their country’s embassy in Washington, links that have been identified later.

The number of victims is nearly 3,000 dead, including 343 firefighters and 60 police officers who have established themselves as heroes. What happened was considered a crime against humanity, but that did not prevent the emergence of conspiracy theories, a kind of “revisionism” and even “denialism”, even with Bin Laden himself, architect of the attacks, proudly claiming the crime several times.

The fact that the attack targeted New York City, the Manhattan district, the World Trade Center (WTC) twin towers, and also the Pentagon, the headquarters of the Department of Defense in Washington, carries with it several messages.

New York and Manhattan represent not only financial power, the American dream, cosmopolitanism, the embodiment of the idea of ​​the individual, of personal fulfillment, freedom and the promised land since the time when ships carried by the poor and vulnerable of Europe came to looking for a better future. She embodies Western civilization in its splendour.

But if on the one hand the slogan we are all americans spread around the world as a symbol of solidarity with the United States, another world was being designed. September 11 was the trigger for the “solemn” declaration of a endless war against terrorism anywhere in the world. 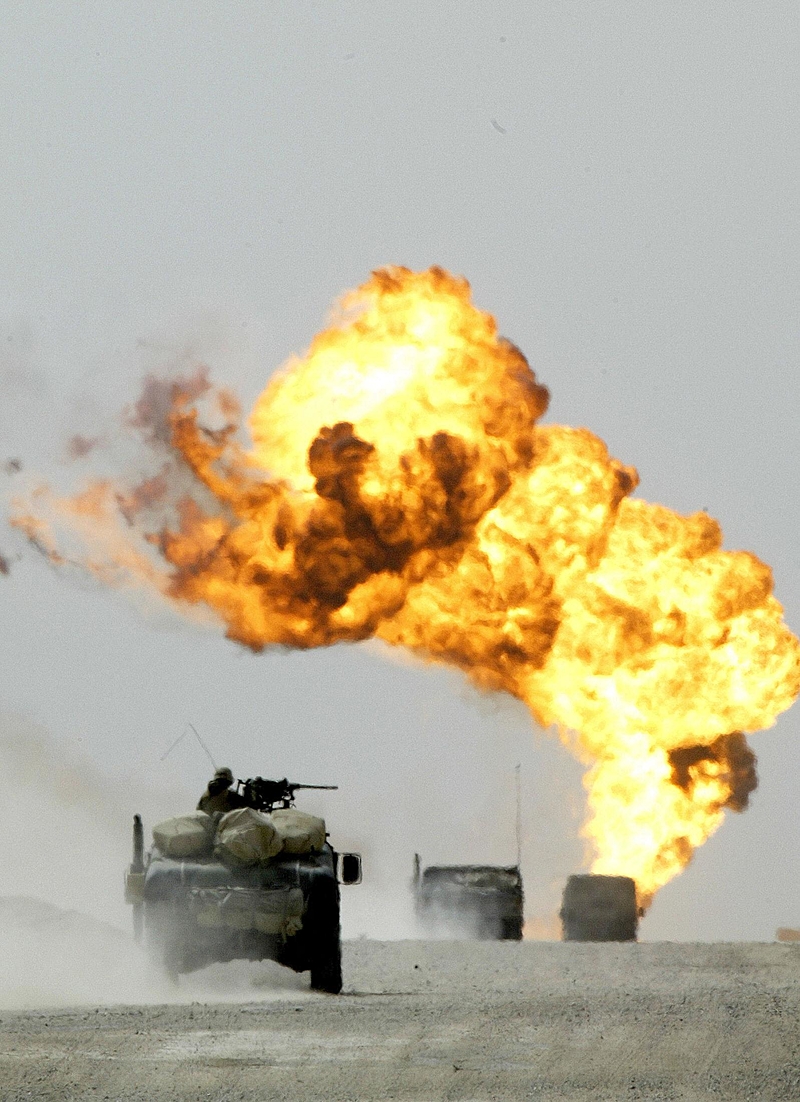 US Army Convoy in Iraq, March 2003; in the background, a burning oil well / ODD ANDERSEN / AFP

There was no room for doubt: either you were against terrorism or with terrorism. George W. Bush, then president, declared that terrorist attacks had “shaken the foundations of the tallest buildings in America, but they could not shake the foundations of America. If attacks have broken the steel, they cannot cut the steel of American determination. […] America, its friends and allies join all who wish peace and security in the world and we are united to win the war on terrorism”.

Thus began two decades of war. The Taliban’s refusal to extradite Osama bin Laden, the group that then ruled Afghanistan, led not only to the invasion of the country, but to the longest-running US war outside its borders.

The world remembers well the bombing of the Tora Bora Mountains against the Taliban and the hunt for members of al-Qaida, the group that carried out the attacks. And, of course, America’s number one enemy: Osama Bin Laden. But if the immediate goal of ousting the Taliban from power was achieved, the goal of capturing the mind behind 9/11 only came a decade later, when in 2011 special forces assassinated bin Laden in Pakistan.

:: Understand Afghanistan’s recent history and see what women in the country say about the Taliban ::

The second consequence of 9/11 was the invasion of Iraq, justified by unfounded accusations that it possessed weapons of mass destruction and links to al-Qaida terrorism.

According to the British Research Institute Opinion Research Business, between March 2003 and August 2007, the war caused the death of more than one million Iraqis, millions of refugees, death and brain drain, looting of the country’s ancient cultural heritage, dismantling of the Iraqi army, the eradication of the party secular Baath and the establishment of a Shiite-controlled regime ideologically linked to Iran, effectively handing over Iraq to Iran. 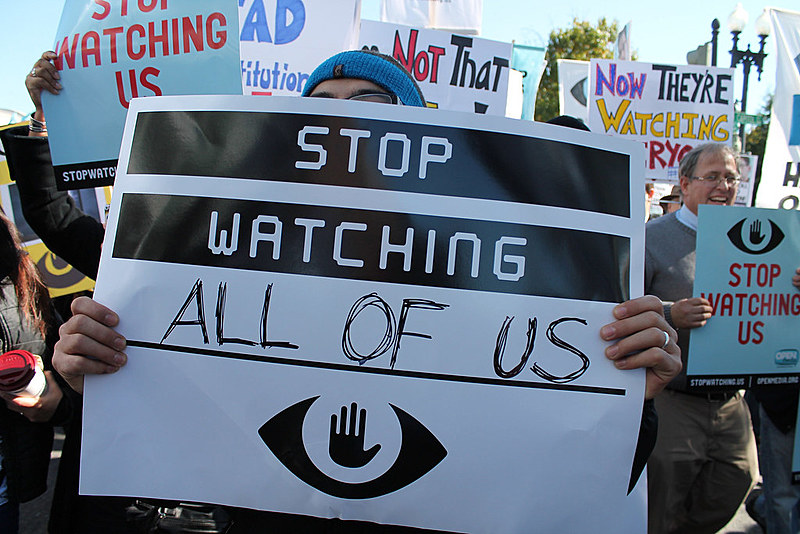 Another consequence of 9/11 was the rise of Islamophobia in a way never seen before. The image of Muslims and Arabs began to suffer prejudice, and the Arabic language itself and the Muslim religion became suspected of carrying violence.

In the West, there has never been so much interest in Arab culture and Islam, but with the aim of understanding the “enemy”. As a result, a new orientalism, conveying stereotypes that aim to neutralize the Arab and the Muslim and culturally defeat them.

In the United States, the date gave rise to security measures never seen in a country that was considered the eldorado of freedom and transparency. Legislative measures passed after the September 11 attacks brought more power to the US executive, the secret services (including the CIA) and the FBI (Federal Bureau of Investigation).

LEARN MORE: US wants Assange to pay for showing the world the cruelty of the Iraq War

The military saw the increase in the Pentagon’s budget and the power of the militarist wing. The USA PATRIOT ACT, approved by lawmakers in October 2001, allowed the FBI, in the name of the fight against terrorism, to spy on political and religious associations without being suspected of criminal activity.

Worldwide, Muslims suspected of being terrorists were captured and imprisoned, interned in prison camps across the planet. There were strong reactions from public opinion because of the use of torture at the Guantanamo military base, US occupation of the island of Cuba.

Here is an overview of the twenty years of the war on terror, at a time that coincides with the humiliating withdrawal of NATO and the United States from Afghanistan, with images of chaos and despair at the airport in Kabul, symbolizing the failure of the operation Enduring Freedom (Lasting Freedom). Joe Biden, the current president, stated that the mission was not about the nation building, but counterterrorism. 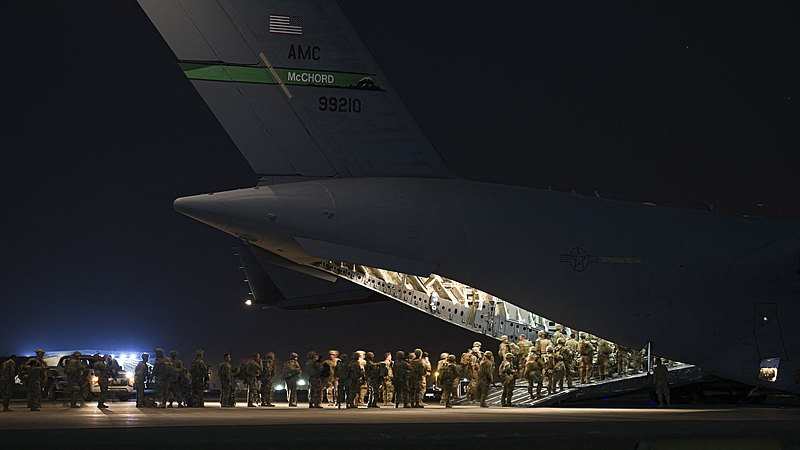 Twenty years ago George W. Bush declared that the mission of infinite war was to bring peace and security to the world. It is clear today that this goal is far from being achieved.

The defeat in Afghanistan, like the defeat in Iraq, the consequences of the wars in Libya and Syria, only demonstrated the recklessness of some military policies aimed at changing regimes without having a plan for the next day. The void left in countries like Libya, Iraq and now Afghanistan has brought and unfortunately will still bring disastrous impacts on world security.

It is often said that nature hates emptiness and in this way we see the mobilization of China, which is already in Afghanistan exploring rare mineral resources such as lithium, copper, iron and gold. Russia also took advantage of the defeat of the NATO-US coalition to fill the void left in Central Asia.

The global jihadism of the al-Qaida sector in the Islamic Maghrib that controls the Sahel region, the Boko Haram (meaning “Western education is a sin”) in Nigeria, the al-Chabab group, from Somalia, and al-Chabab, from Somalia, also manifests. other jihadist groups in Cabo Delgado, Mozambique, an entire international terrorist network that controls groups and stretches from the Atlantic to the Indian Ocean. The terrorist attack at Kabul airport claimed by the Islamic State of Khurasan is a sign that the worst is yet to come.

:: EDITORIAL. The USA and 20 years of aggression against the peoples ::

Thirty years ago, the world embraced globalization, with a planet that has become a kind of village, where everything is connected, where knowledge in the palm of your hand has revolutionized the minds of millions of human beings.

However, the world continues to struggle against the most primary and exclusive dogmas and ideologies of the other, the different and the right to difference, cohabitation and tolerance. Here is the contrast of our postmodern civilization.

The military option does not seem to have managed to create conditions for a new humanism, but, on the contrary, extremism and violence have increased. Perhaps a new approach based on multilateralism and true cooperation can bring solutions for real lasting freedom.

**This is an opinion piece. The author’s view does not necessarily express the newspaper’s editorial line Brazil in fact.