On July 29th, Brazil witnessed the fire that destroyed part of the Cinemateca Brasileira, in São Paulo, an announced tragedy. In the state of Pernambuco, the local institution responsible for preserving the history of local film production follows the opposite path, reopening its doors to face-to-face visits after more than a year, exhibiting new structures incorporated into the public space it occupies.

Hermila Guedes in “Once upon a time, Verônica”, feature by Marcelo Gomes, which is also available at Cinemateca / Photo: Divulgação

The state of Pernambuco stands out in national audiovisual production since the first decades of cinema. Documentaries and silent feature films produced in Recife stood out from the 1920s onwards, such as the feature Retribution (Gentil Roiz, 1924), the first Brazilian film to have a plot. Film production companies and companies emerged, such as Aurora Filmes, Olinda Filmes and Vera Cruz. Also in this decade, the first movie theaters appeared in the state, including Cinema do Parque (currently Teatro do Parque).

Cinema with sound, later with color, made audiovisual production more expensive and caused a “retreat” in local production. In the 1970s the cost dropped again with the films in “Super-8”, a new generation of local filmmakers emerged, including Jomar Muniz de Brito. The landmark of the resumption of contemporary Pernambuco cinema is the Baile Perfumado (1997), by Lírio Ferreira and Paulo Caldas.

To preserve, disseminate and encourage audiovisual production in Pernambuco, the Cinemateca Pernambucana was created in 2018, the result of a partnership between the Joaquim Nabuco Foundation (Fundaj), the Federal University of Pernambuco (UFPE) and TV Escola. 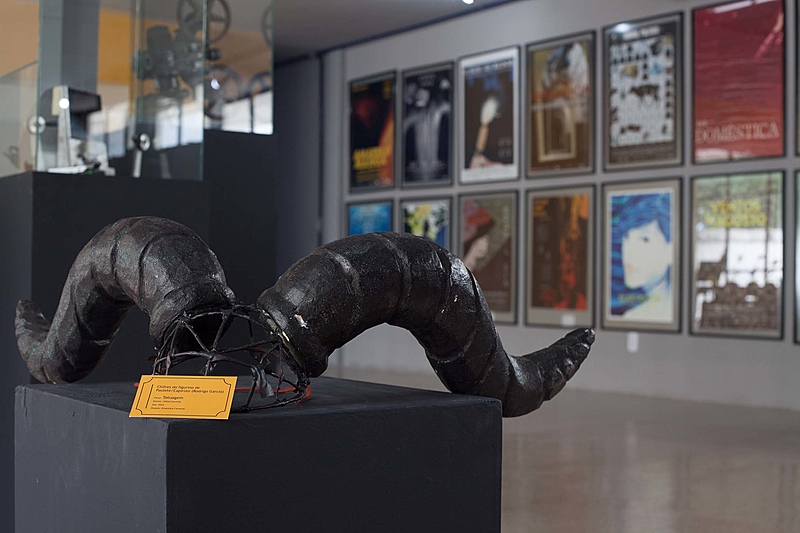 Inside the Cinemateca, a costume piece for the feature Tatuagem (2013), filmed in Olinda / Photo: Divulgação/CinematecaPernambucana

The agency does not have the infrastructure or technical capacity installed for the preservation of film films. “All the effort is focused on working with digital files, which have been the standard of production since the end of the 20th century”, he points out in a note sent to Brazil in fact Pernambuco. She also highlights that “preservation is a long-term, highly specialized process that requires financial investments compatible with the importance of the task of keeping past and present films available for future generations.”

In addition to cataloging and preserving films, scripts, posters and photographs of the local cinema (over 1,500 items), the organization encourages research and study. There are materials available for face-to-face consultation and there are materials available online. The cinematheque is headquartered in Fundaj, in the Casa Forte district, Recife, where there are weekly sessions with films from the collection. The cinematheque also digitizes the films and makes them available for free on its website. There are more than 300 titles available online, including local cinema classics such as the documentary Recife at the Centenary of the Confederation of Ecuador, filmed in 1924.

The Cinemateca Pernambucana informed the boF that the most accessed films in the catalog are those from the early 1920s, with emphasis on Venezia Americana (by Ugo Falangola and J. Cambiere); films from the Recife Cycle, such as A Daughter of the Lawyer (Jota Soares) and Aitaré da Praia (Gentil Roiz), as well as the Super-8 films (1970s) and the most recent productions (post-2000).

But some works in the catalog are currently not available to be seen online, due to contractual reasons, the rights holders, such as Tatuagem (2013), Doméstica (2012), Amor, Plástico e Barulho (2013) and Boi Neon (2015), but they can be watched in person at the cinematheque. 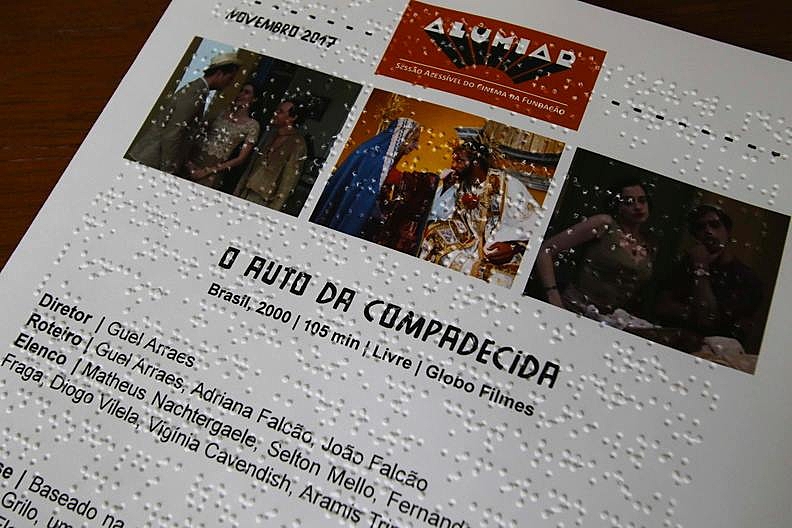 Newsletter in Braille for the Alumiar session, with accessibility for people with sensory disabilities / Disclosure/CinematecaPernambucana

Promoting access to this content has been the main challenge for Cinemateca Pernambucana during the pandemic. “We obtained authorization for the exhibition of new films by their owners/filmmakers, we doubled the speed of our access link to the portal and in 2020 we reached more than 283,000 hits, a growth of more than 700% in the number of hits compared to last year. Just at the end of the first half of this year, 2021, we have already had close to 150 thousand accesses to our portal”, celebrates the agency in response to the boF.

Check out 5 films from Pernambuco that discuss racism, inequality and ancestry

Over the 17 months of pandemic (until now), Cinemateca has promoted online workshops and held online exhibitions on its website. But still in August it should be reopened to the public for visitation, now in its own 400 square meter headquarters, with costumes, props and equipment, a projection room for the collection, debates and courses, as well as a living and research area, computers for consultation .

All activities are accessible for people with disabilities, as well as part of the collection, which has been adapted with audio description, Libras and subtitles for deaf and deaf people.

About the fire at Cinemateca Brasileira, Pernambucana issued a note:

“(…) Everyone who works with culture in Brazil loses a piece of its history. Masters and copies of newsreels, trailers, home movies, fiction, documentaries are forever lost. (…) Almost 60 years of government actions were burned from the document collection. Material still poorly studied, such as Embrafilmes, INC and Concine records. (…) A cinematheque is an institution that not only collects and stores, but, above all, preserves and disseminates the audiovisual produced, in addition to promoting debates, courses, reflections, thus keeping our productions alive. A cinematheque keeps our cinema preserved and in circulation, open for research, becoming a creative stimulus for new generations of filmmakers.”

In addition to the Cinemateca Pernambucana (Recife), there are other local cinematheques dedicated to the preservation and strengthening of audiovisual production in their states, such as the Cinemateca do MAM (Rio de Janeiro) and those in Salvador (BA), Natal (RN), Porto Alegre ( RS) between Curitiba (PR) and others.

The foundation of the Cinemateca Brasileira had as its main inspiration the historian and film critic Paulo Emílio Sales, prestigious in cultural circles and the husband of the writer Lygia Fagundes Telles. While still a university student, Paulo Emílio Sales founded in 1928, in Rio de Janeiro, the “Chaplin Club”, considered the first Brazilian cinema club.

::Cinemateca Brasileira: workers warned of fire risk for over a year::

A militant and student leader, Sales collaborated with the Communist Intentona (1935) and ended up imprisoned by the Getúlio Vargas dictatorship. Released after a year, he was arrested again for staging a play that violated government censorship. This time he escaped from prison and went to France. He returned to Brazil, founded another film club in São Paulo, was again censored by the Vargas government and again left for France (1946), where he graduated. In Paris, he met the Cinémathèque Française, an institution dedicated to preserving and promoting the country’s cinematographic production.

With the fall of Vargas, new movie clubs emerged in Brazil, including the “Second Cinema Club of São Paulo” in 1946, which is considered the foundation of the current Cinemateca Brasileira. From France, Paulo Emílio Sales contributed to keeping Brazilian film clubs in contact with international groups. Sales became Vice President of the International Federation of Film Archives. With the creation of the Museum of Modern Art of São Paulo (1948), a room was reserved for the “Filmoteca”, which housed the activities of the Segundo Clube de Cinema. 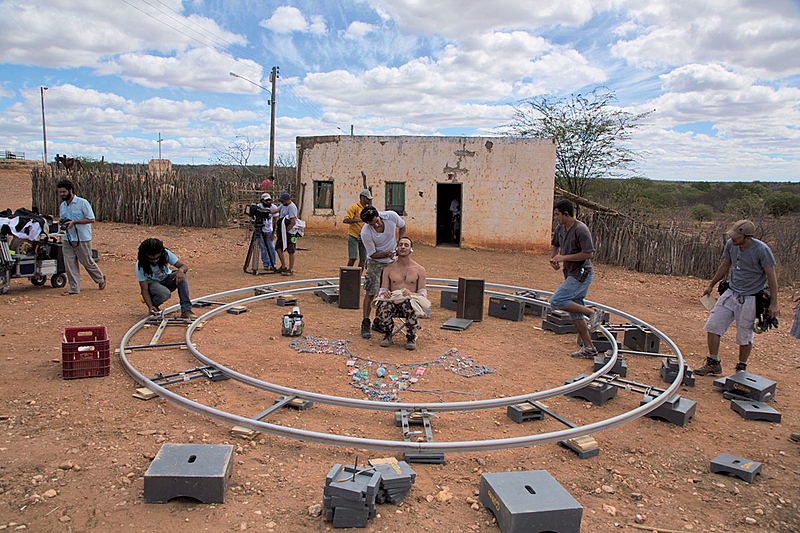 Photo of the recording set of A História da Eternidade, recorded in Pernambuco’s Sertão / Photo: Publicity

Sales returned to Brazil in 1954, was appointed head of the Filmoteca and two years later the club became the Cinemateca Brasileira, leaving MAM to act as a non-governmental and non-profit entity. The institution depended on donations for 32 years, until being incorporated by the Ministry of Education and Culture (1984).

The Cinemateca houses the richest cinematographic collection in Brazil, with more than 250 thousand rolls of film and more than 1 million scripts, photos, posters and books related to cinema. The agency works with a focus on cultural policies to encourage audiovisual production, maintaining a close relationship with public education.

What is lost when a Cinematheque collection burns?

One day after the fire, the government publishes a notice to hire an entity that will manage the Cinemateca

The Cinemateca Brasileira suffered fires in 1957, 1969, 1982, 2016, always losing between 1,000 and 2,000 tapes each. In the first, almost the entire collection was lost. The fifth fire, last July 29, hit the institution’s warehouse shed. It has not yet been possible to detect the cause or measure the damage caused by the fire. But since the beginning of 2020 Cinemateca workers have pointed to the risk of an accident of this type, since the resources made available by the Federal Government to the agency have been insufficient even for basic maintenance in the electrical system.